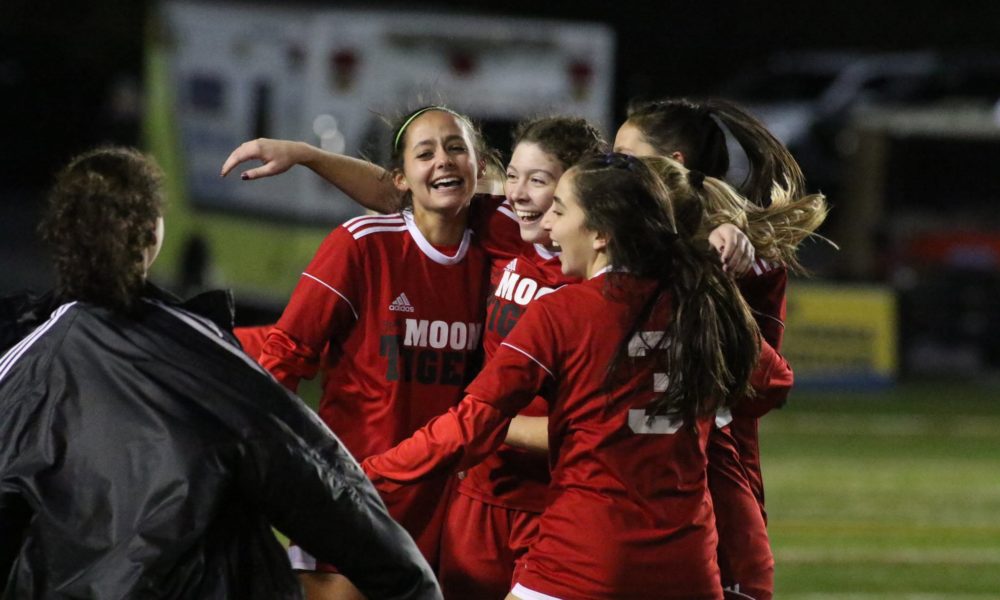 We are entering the homestrech of the season for high school girls soccer regular season in the WPIAL, as section play winds down to the final few weeks.

The season will conclude in two weeks, as the WPIAL Playoff Brackets will be announced on Wednesday, October 19.

Below are the latest standings, along with PSN’s completely unofficial playoff projections based on standings, records (taking into account both section and non-section matches). Keep in mind, the top four teams in each section will earn a playoff spot in each classification tournament, even if they are tied with the same section record.

John Krysinsky has covered soccer and other sports for many years for various publications and media outlets. He is also author of ‘Miracle on the Mon’ — a book about the Pittsburgh Riverhounds SC, which chronicles the club, particularly the early years of Highmark Stadium with the narrative leading up to and centered around a remarkable match that provides a spark for the franchise. John has covered sports for Pittsburgh Tribune-Review, DK Pittsburgh Sports, Pittsburgh Sports Report, has served as color commentator on Pittsburgh Riverhounds SC broadcasts, and worked with OPTA Stats and broadcast teams held for US Open Cup and International Champions Cup matches in the US . Krysinsky also served as the Head Men’s Soccer Coach at his alma mater, Point Park University, where he led the Pioneers to the first-ever winning seasons and playoff berths (1996-98); head coach of North Catholic boys (2007-08), associate head coach of Shady Side Academy boys (2009-2014).