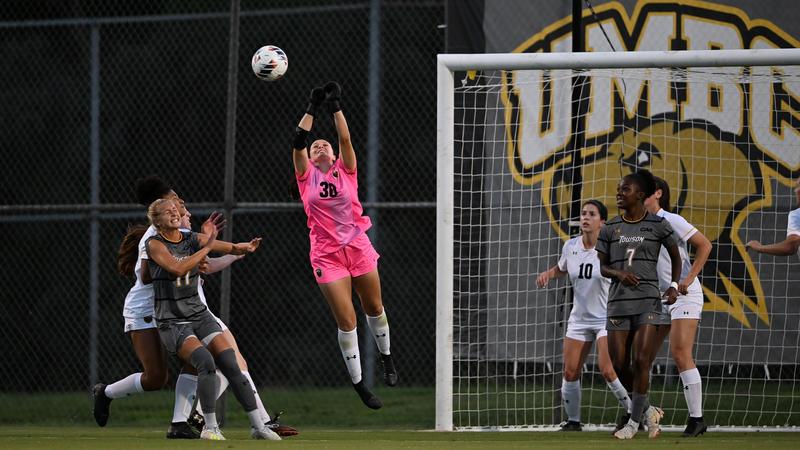 Smithfield, RI – For the second time in two America East road games, the UMBC women’s soccer team held the hosts scoreless, but could not dent the scoreboard and played the Bryant Bulldogs to a scoreless draw.

McGruder made a tremendous snare of a shot to her right from a player bearing down on her in the 12′ to keep the game scoreless.

Midfielder Lola Negrete UMBC’s best chance of day as she ran onto a ball just inside the box and rifled a shot off the crossbar in the 21′.

Junior striker Meghan McKye was credited with seven shots in the contest.

UMBC returns to Retriever Soccer Park on Sunday, Oct. 9 when they welcome the Great Danes of UAlbany. The match gets underway at 1:00 pm