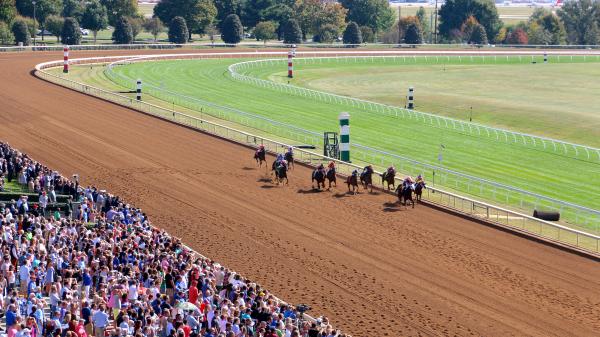 It’s no hyperbole to state that the upcoming weekend in North American horse racing will be the most eventful – and possibly the most exciting – one on the calendar aside from Kentucky Derby and Breeders’ Cup weekends. A staggering 14 “Win and You’re In” qualifying preps for the 39th Breeders’ Cup World Championships are on tap, and nine of them will be held during Keeneland Race Course’s opening Fall Stars weekend – the same track where the Breeders’ Cup will be held four weeks later.

Six of those Challenge Series preps at Keeneland will be broadcast by NBC Sports on CNBC Saturday, Oct. 8, and Sunday, Oct. 9, highlighted by the Coolmore Turf Mile Stakes (a prep for the FanDuel Breeders’ Cup Mile) and the Claiborne Breeders’ Futurity (FanDuel Breeders’ Cup Juvenile) on Saturday and the Juddmonte Spinster Stakes (Longines Breeders’ Cup Distaff) on Sunday.

Every race at Keeneland through its elite fall meet (Oct. 7-29) will be shown live on FanDuel TV starting with the opening-day card on Friday, Oct. 7 – which includes three “Win and You’re In” preps.

In addition, FanDuel TV is the source for live racing coverage from Santa Anita Park during its fall meet. Three Breeders’ Cup preps are scheduled for Saturday at The Great Race Place, including the American Pharoah Stakes, a qualifier for the FanDuel Juvenile.

Racing from other tracks around North America and abroad will also be shown on FanDuel TV over the weekend, including a big Saturday card at Woodbine in Toronto, Ontario.

Finally, two Breeders’ Cup qualifiers are scheduled to run at the Belmont at the Big A meet over the weekend, most importantly the Vosburgh Stakes on Saturday, a prep for the Qatar Racing Breeders’ Cup Sprint. Racing from the Belmont at the Big A meet will be shown on NYRA’s “America’s Day at the Races” as part of its Thursday-Sunday slate. The program, presented by America’s Best Racing, will be shown on FS2 and FS1 – check the below schedule for air times.

Horse racing from tracks around the world is available to subscribers on Racetrack Television Network (RTN), which can be livestreamed on all devices (computer, tablet and smartphone) and on TV via DISH Network, Amazon Fire and Roku.

For livestreaming content, America’s Best Racing will air its final “Woodbine Live!” show of the season on Saturday, Oct. 8, focusing on the E.P. Taylor Stakes and the Nearctic Stakes. The show will be hosted by will be hosted by J.D. Fox, Chase Sessoms and Dawn Lupul with several special guest appearances. Start time is TBA and “Woodbine Live!” airs on ABR’s Facebook, Twitter, and YouTube channels as well as Woodbine’s Facebook and Twitter channels.

Read on for a detailed list of TV, livestreaming and radio coverage of a huge weekend in horse racing.

Note: All times listed are Eastern

Note: All times listed are Eastern