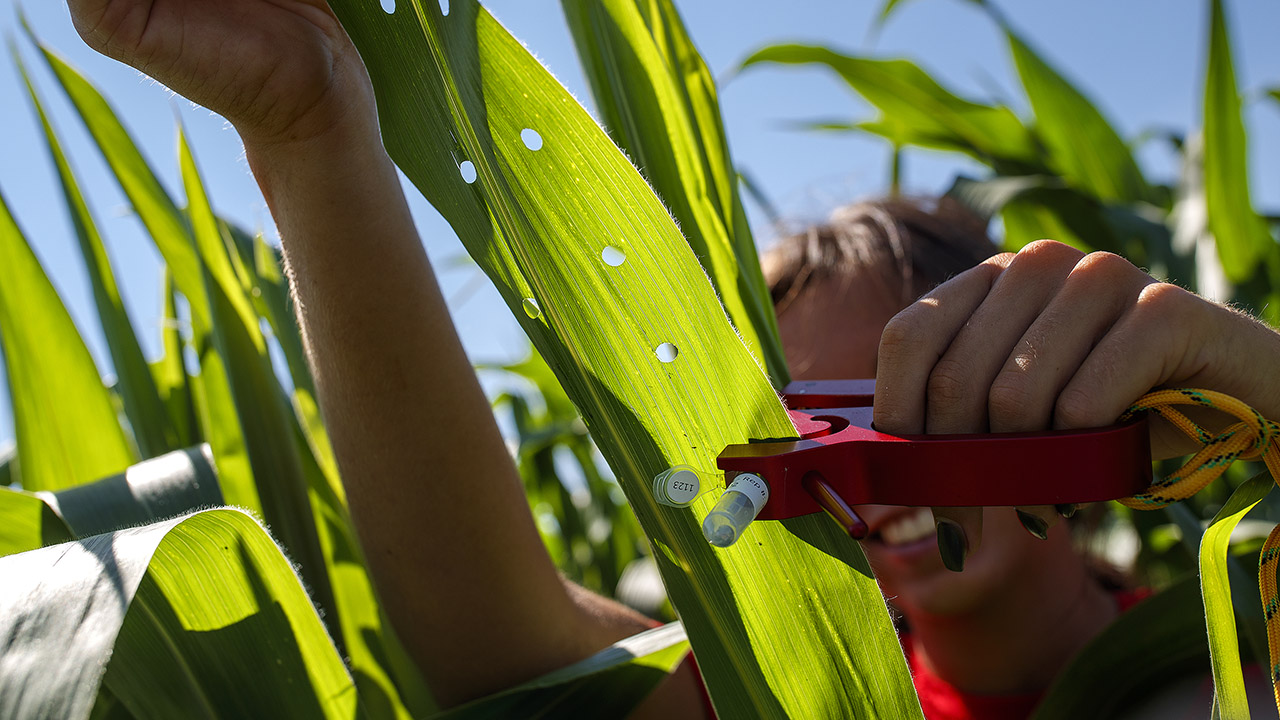 A transdisciplinary collaboration genetic science to the study of crop and animal traits, or phenotypes, has received a new $1.9 million funding installment from the US Department of Agriculture’s National Institute of Food and Agriculture. The University of Nebraska–Lincoln is one of three universities taking lead roles in the multi-institutional Agricultural Genome to Phenome Initiative.

The initiative, which received two previous rounds of NIFA funding, fosters collaboration among crop and livestock scientists with colleagues in fields including data science, statistics, engineering and social sciences. Through that transdisciplinary process, the project aims to strengthen understanding of crop and animal performance under variable conditions such as weather, environments and production systems. Such findings, linking genetic analysis to observable phenotypic traits of crops and animals, can enable more efficient adoption of well-adapted genotypes for use by farmers and ranchers.

“This award from USDA NIFA will provide competitive research funds to address gaps in our knowledge of how genetics drive important agricultural traits in crops and livestock,” said Jennifer Clarke, lead researcher directing the AG2PI seed grants and director of the Quantitative Life Sciences Initiative at Nebraska.

“The pioneering work supported by this initiative is beginning to provide scientists and breeders with the tools needed to adapt agricultural systems to improve their profitability and make them more sustainable and resilient to climate change,” said Patrick Schnable, an Iowa State University plant geneticist and project director for the new grant.

NIFA launched the Agricultural Genome to Phenome Initiative two years ago as part of the 2018 Farm Bill, and the new grant is the third and largest award for the project. The first three-year USDA award was geared toward building a transdisciplinary community of researchers. The second award focused on expanding a small seed-grant program to recruit engagement and innovation of researchers across the country.

So far, the seed grants have supported 27 research projects at levels ranging from $15,000 to $100,000. This third award will further expand the grant program with larger, “coconut”-level (big seed) grants of up to $250,000, enabling greater scale and impact.

“Achieving sustainable genetic improvement in agricultural species is a ‘wicked problem,’ meaning that a solution requires diverse and creative teams of scholars, producers and stakeholders,” said Clarke, a professor in the Department of Statistics and Department of Food Science and Technology at Nebraska. “This award will make it feasible for such teams to invest more deeply to tackle related problems for the benefit of both agriculture and society.”

Nurturing the researchers just getting established in their careers has been one of the program’s goals: Of 142 seed-grant team members and collaborators, about one-third consider themselves to be in the early stages of their professional careers.

Since its inception, the national team has sponsored or co-sponsored an ambitious set of virtual field days, workshops and mini-conferences. Products from the initiative also include a set of white papers about related research, opportunities, gaps and challenges. In early September, the initiative co-hosted a hybrid conference with USDA NIFA in Ames, Iowa, to bring together researchers and other experts from diverse institutions to visualize the future of agricultural genome-to-phenome work. Recordings from these events can be accessed on the initiative’s website.

Although all USDA funds remain in the United States, researchers from more than 155 countries have participated in the project’s field days and workshops.

“We are connecting with researchers around the world,” Schnable said. “While the AG2PI program is focused on increasing profitability, sustainability and resilience benefits in the United States, agriculture is a global endeavor, and when collaboration comes from everywhere.”

This latest round of funding, Clarke said, “will enable the broader scientific community to support the sustainability and profitability of our national agricultural production systems. We have a comprehensive and inclusive plan for allocating these funds in order to ensure broad and diverse participation by researchers, producers and stakeholders.”

“This genome-to-phenome research will have far-reaching effects,” Ertl said. “It will allow breeders to create improved varieties faster, allow farmers to produce more resilient crops and livestock, and give consumers more choices for sustainably produced food.”