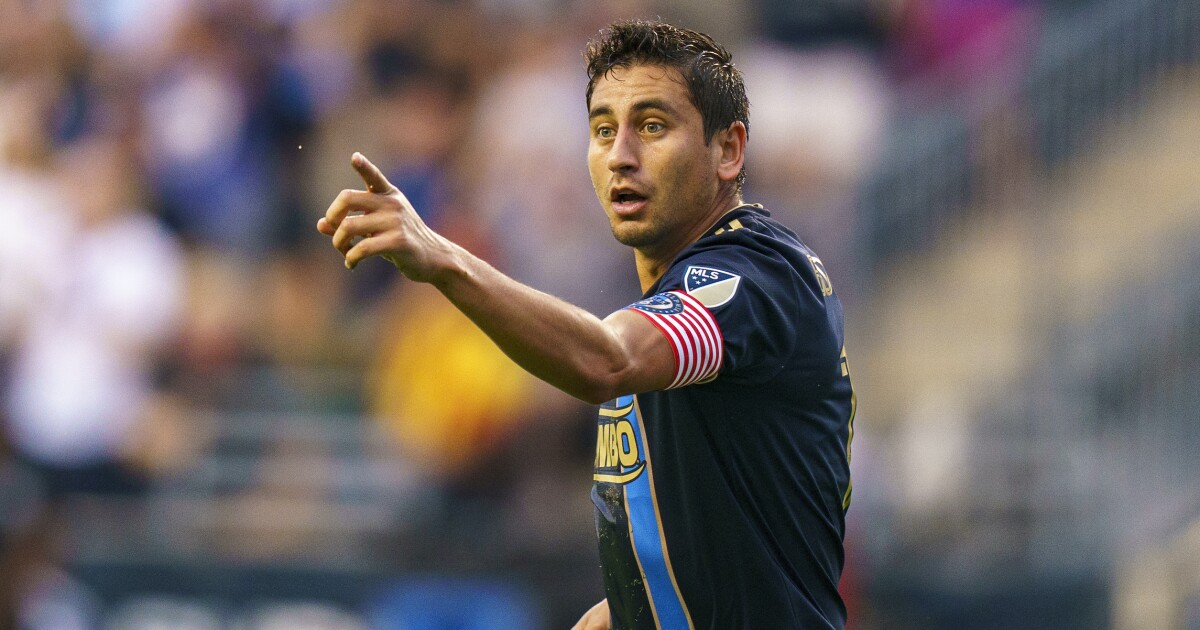 When
celebrities
enter the political realm, more often than not, it results in cringeworthy pandering and kindergarten-level logic. The latest
gun-control
collaboration between US soccer star Alejandro Bedoya and Democratic Sen. Chris Murphy (D-CT) is no exception.

Non-soccer fans probably haven’t heard of Bedoya. But the 35-year-old player is a major one of the more prominent faces of American soccer, having played for European club teams overseas, played for the US national team at international tournaments, and captained the
Major League Soccer
team Philadelphia Union for many years. He’s also something of an anti-gun activist.

THE GROTESQUE POLITICIZATION OF HURRICANE IAN

In 2019, Bedoya made
headlines
for grabbing a microphone during a goal celebration against DC United, played at home in DC, and yelling at Congress to “do something now” to “end gun violence!”

The player’s latest foray into gun control activism came this week as Sen. Chris Murphy, a prominent gun control champion, promoted a video of Bedoya calling for more gun restrictions made in collaboration with his office.

In the video, Bedoya offers such intellectual insights as: “I mean, all you have to do is be a human being to realize that politics does matter in all of our daily lives, and these things matter. And gun violence is one of those that is affecting our communities, and my neighbors, my friends, my teammates, my classmates — all of that.”

“The fact that this gun violence continues to happen, it just ruins so many things for so many families, so many people out there,” Bedoya poetically observed. “And it’s not a society that I think people would want to partake in.”

“There’s no reason a civilized country like ours needs to suffer all these mass shootings.”

Thanks to American soccer great Alejandro Bedoya for speaking out. pic.twitter.com/ltKXEfM3Ln

“What is freedom, when the price we have to pay is always looking over our shoulder, always looking for an exit, at places we go and visit, because of the fact that there is so much gun violence happening in our cities,” the soccer player philosophized.

“The common sense behind [recent gun control legislation], I think, is remarkable,” he added. “There’s more that can be done, and there is more to be done.”

“There’s no reason that a civilized country like ours needs to suffer all these mass shootings that we have in this country,” Bedoya concluded. “We need to be better — and we can be better.”

It was remarkable watching him speak for more than three minutes yet managing to say literally nothing of substance.

Everyone agrees that gun violence is bad. Everyone wants fewer mass shootings. But there’s an intense and complex debate over what gun policies actually make us safer.

Bedoya doesn’t engage with this debate with any substance. He simply spouts niceties about common sense and violence being bad. How does that further this conversation in any meaningful way?

Bedoya’s argument engages with this issue at the level that one might expect from a sixth grader an assignment in a current affairs class.

It’s also unclear why anyone should listen to what Bedoya has to say in the first place.

He’s an impressive soccer player with an accomplished athletic career and seems like a well-intentioned, good guy. But soccer skills do not grant one any insight or wisdom into public policy. His opinion should really carry no more weight than that of any random guy on the street.

CLICK HERE TO READ MORE FROM THE WASHINGTON EXAMINER

Celebrities have the same right to speak out that we all do, but they don’t deserve special consideration, with the exception being cases in which they have taken the time to study and intimately familiarize themselves with an issue,
establishing expertise
independent of their celebrity status.

Bedoya should stay in his lane and, frankly, can it with the policy activism until he actually has something substantive to say. That might sound harsh. But gun control is fundamentally a debate over our most intimate rights to life and self-defense. And vapid celebrity commentary, on either side, only lowers the quality of a political conversation that’s of the utmost importance.

Brad Polumbo (
@Brad_Polumbo
) is a co-founder of
Based-Politics.com
a co-host of the Based Politics
podcast
and a Washington Examiner contributor.