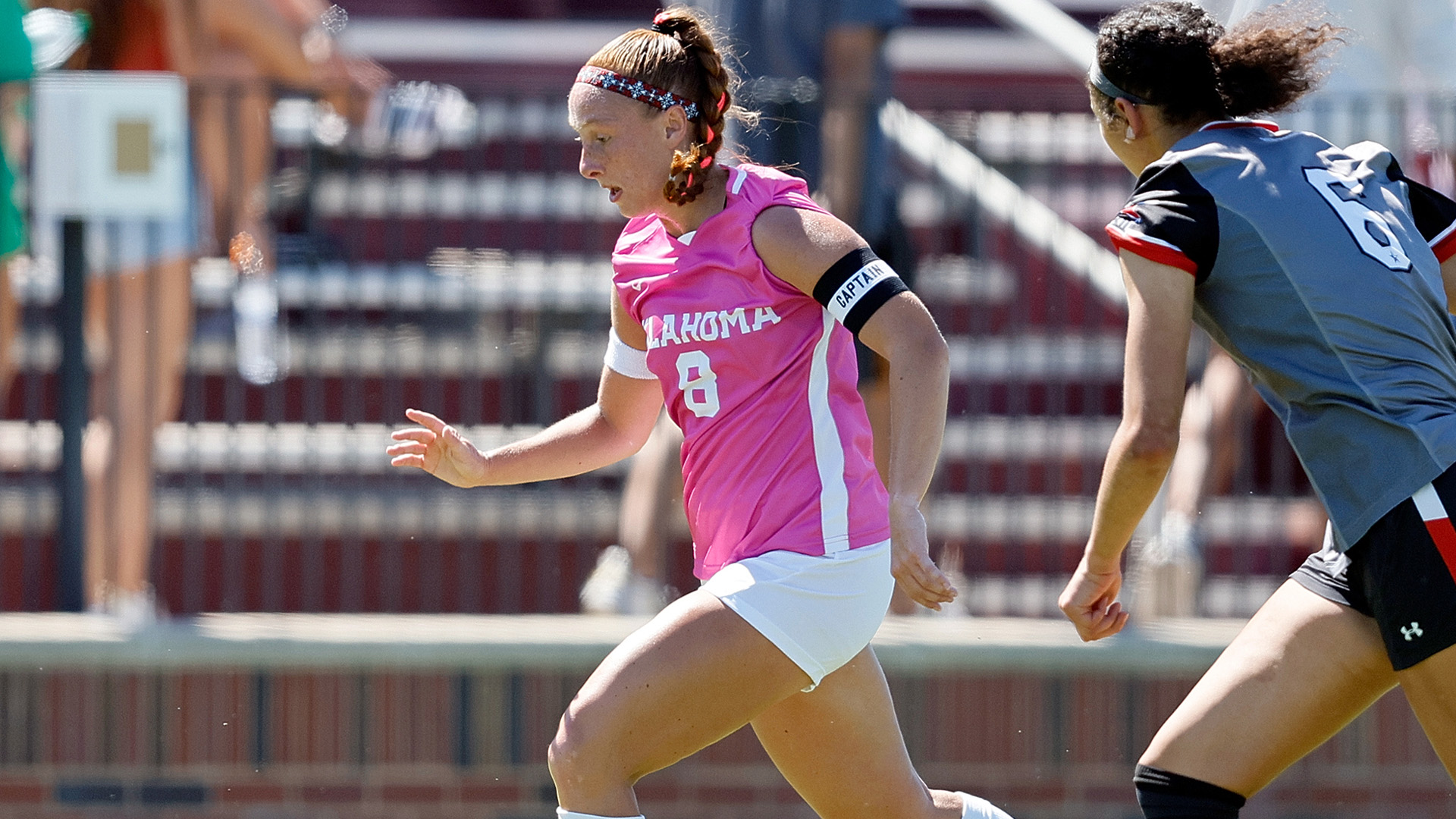 Norman — The Oklahoma soccer team had their six-game win streak and eight-game unbeaten streak snapped on Sunday with a narrow 2-1 loss to Texas Tech on John Crain Field.

“I just said to the group I was really proud of this win streak,” said OU head coach Mark Carr. “We put together back-to-back good performances and you almost thought there at the end today that it (a comeback) was going to happen again, but what it came down to was two chances that Tech took and capitalized on our mistakes.

“The second half we had a great response, I thought we were the better team there, we created chances but just didn’t finish. Every game is close in this league, but just really of our response. You see a group now that has a pattern of continuing to respond, continuing to work, continuing to compete. Now we turn our attention to Bedlam and look forward to that.”

The Red Raiders pulled ahead in the 15th minute on a goal by Ashleigh Williams. After a cross was blocked by the Sooners, OU’s clearance attempt found Williams’ foot who was able to sneak it past the OU backline from just inside the 18-yard box.

Tech was then able to capitalize on a corner kick in the 28th minute. Giselle Kozarski took the corner and was able to find Hannah Anderson who finished with a header to put TTU on top by a pair.

The Sooners battled back in the second 45, outshooting the Red Raiders 6-0 in the second half. OU was able to break through in the 84th minute courtesy of an own goal by Tech that just narrowly missed being a goal by senior Bri Amos. On a cross in from sophomore Leonie WeberAmos leapt and almost connected with the ball inside the six-yard box but it inched by her and deflected off Tech’s Elise Anderson and into the bottom right of the goal.

Freshman Morganne Eikelbarner led OU, taking a game-high four shots with Amos taking three and putting a pair on goal. Seven Sooners took a shot in the match while OU’s defense limited Tech to just eight shots including none in the second 45.

The Sooners will look to bounce back with the Bedlam Series coming to Norman on Thursday night. First touch is set for 7 pm CT at John Crain Field and the match can be seen on ESPN+. Tickets are available via SoonerSports.com/tickets and at the gate on game day.