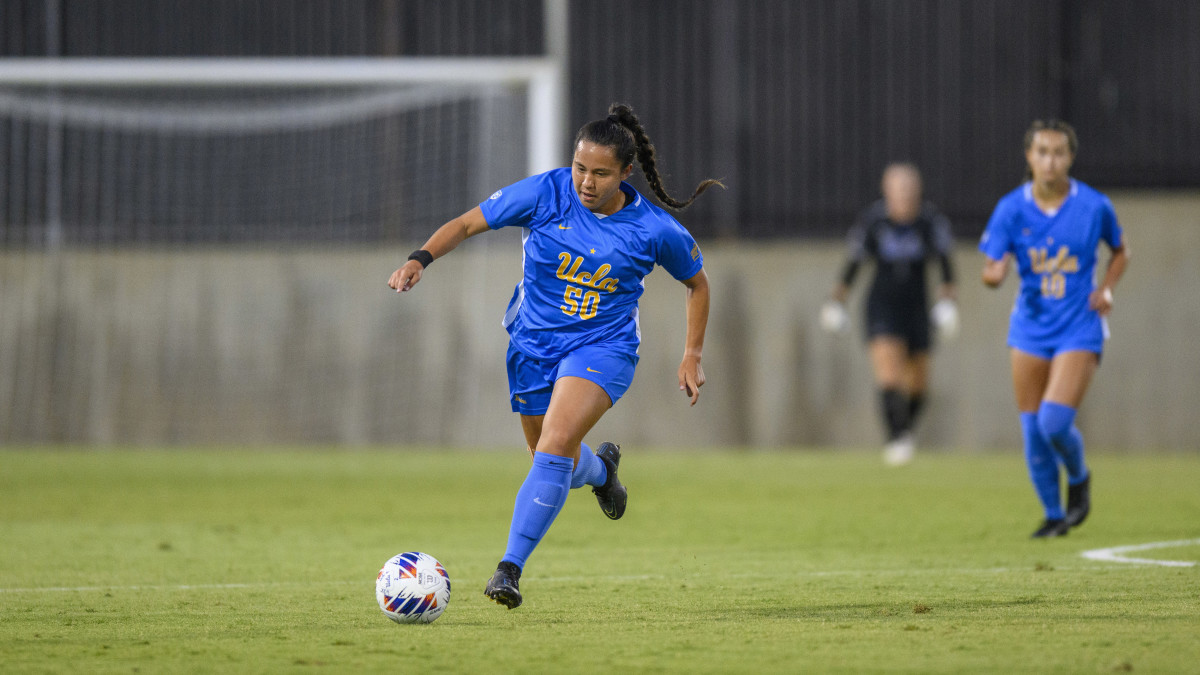 Led by an incessant attack, the Bruins kept their undefeated season alive on the road.

That early lead came courtesy of freshman forward Sofia Cook and senior Sunshine Fontes, who scored within five minutes of each other to get UCLA on the board.

Cook received a long pass from sophomore defender Jayden Perry in the 24th minute, attempting to settle it but watching it take a high bounce into the top of the box regardless. Cook tracked it down, though, shaking off a defender and firing a volley off her right foot and past a diving keeper just inside the right post.

Fontes’ goal came off a setpiece, but she didn’t create the chance on her own.

Junior forward Reilyn Turner was chasing down a ball in the attacking third when he was taken out by Oregon goalkeeper Leah Freeman. That play led to a red card for Freeman, sticking the Ducks with 10 players for the rest of the match and giving the Bruins a free kick just outside the box.

Fontes converted on that free kick with a goal – her seventh of the season – and she has now notched a new career high with 15 points so far this year.

Even before those goals put the Bruins up by two, their attack had been peppering the Ducks with shots for 20-plus minutes. Graduate minutes Maricarmen Reyes had a header just barely miss the frame in the 11th minute, plus another shot in the 23rd, while Cook and Fontes got shots of their own off in the opening seven.

By the end of the first half, UCLA was outshooting Oregon 12-0, and they had a 4-0 advantage in corner kicks as well.

The comeback attempt in the second half, sparked by a goal by Ducks player Alice Barbieri in the 61st minute.

That was short-lived, though, with senior forward Kali Trevithick taking it down the left wing by herself and cutting towards the middle before firing off a strike that put the Bruins back up 3-1 in the 80th.

The Ducks did not record another shot – on target or otherwise – for the rest of the night. UCLA finished the match with 25 shots and seven corners, compared to Oregon’s two shots and one corner.

Graduate goalkeeper Lauren Bryzkcy did not make a save Thursday, but she still boasts a 0.66 goals against average on the season.

UCLA will continue its road trip with a showdown against Oregon State, who is .500 on the season but 0-2 in Pac-12 play. That match will kick off at 12 pm on Sunday and will be televised on Pac-12 Networks.

The Bruins are now 5-0 away from home, with their travels featuring wins over North Carolina, Duke, Pepperdine, Santa Clara and Oregon.