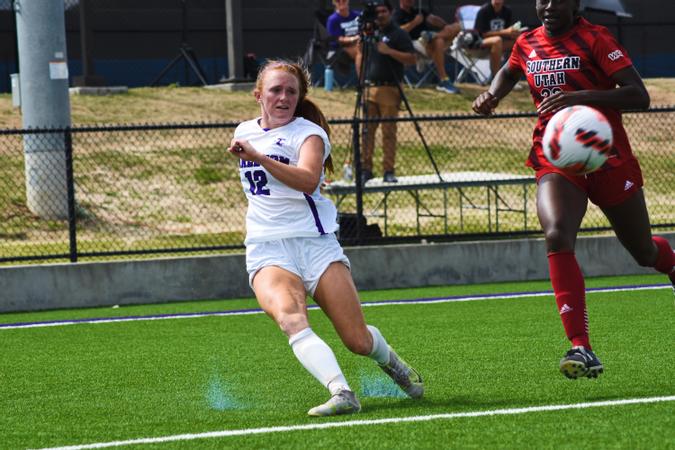 TEXAN SOCCER GAME DAY
After spending five of the last six matches at home, Tarleton will now turn their focus to the road with a four-game road trip beginning with a visit to New Mexico State Friday. The Texans will visit the Aggies for an 8 p.m. CT / 7 p.m. MT showdown in Las Cruces before coming back to Texas for a 1 p.m. matinee against Sam Houston in Huntsville Sunday.

There will be live stats and video available for both matches. Friday’s match will be streamed on WACinternational.tv with Sunday’s match returning to ESPN+.

ABOUT TARLETON SOCCER
Women’s Soccer is one of the newest programs at Tarleton State University in Stephenville, Texas. The addition of the program was announced on January 19, 2021 after the university made the move to NCAA Division I and the Western Athletic Conference in July 2020. Pete Cuadrado was named the first head coach of the program after successful tenures at North Dakota State and the University of Wyoming.

“I can’t believe they picked a team who has never lost a game to finish last, but I guess we’ll just have to go out and compete,” said Cuadrado with a smile.

FOR THE FIRST TIME IN FOREVER
Tarleton made its long-awaited home debut, and it did not disappoint. Tarleton set an impressive standard for attendance with 2,512 Texan fans in attendance for this historic night. A few other home facility firsts for the record book include:

LOOKING AHEAD TO THE REMAINING HOME SLATE
Following the upcoming four-game road trip, Tarleton will host two more home games in Stephenville this season. Tarleton will recognize military personnel on Oct. 21 and their senior class on Oct. 23 in the home finale.


FREE ADMISSION ALL SEASON
To help us celebrate the first season of Tarleton Soccer, admission to all home matches this season are free for all fans.

UP NEXT FOR TARLETON
Tarleton is off next week and will return to action with a west-coast road trip to California Baptist and Grand Canyon on Oct. 14-16.