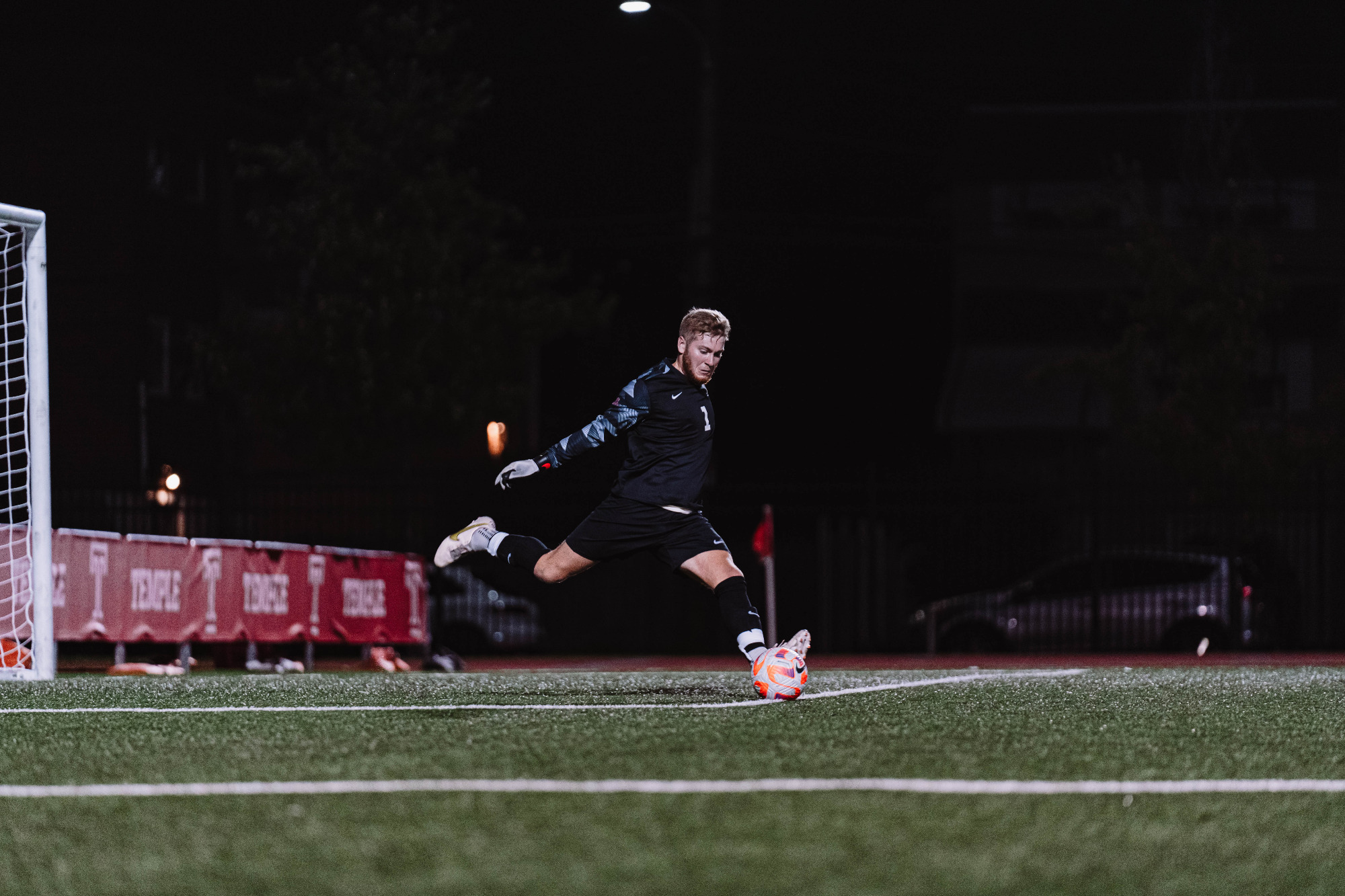 How it Happened
> Temple dominated the game early. Chaim Roserie and Yann Kouemi both had strong chances on breakaways that were turned away by the SMU keeper.
> Roserie and Kouemi had two more quality chances in the first ten minutes. Kouemi had perhaps Temple’s best chance of the match in the 10th minute. The forward was all alone with the Mustangs keeper, but the keeper was able to cut the angle down and turn the shot away.
> SMU scored three times between the 17th and 26th minute.
> Gawronski made three saves in the remainder of the first half.
> The Mustangs scored their fourth in the 59th minute.
> Gawronski made an impressive save on a Mustangs breakaway in the 68th minute.
> Kouemi scored on a header off a corner kick from Luka Kozomara. Kozomara found Rocco Häufglöckner who headed it down to the foot of Kouemi who buried it for the score. SMU took the match by a final tally of 4-1.

Game Notes
> Senior Kemali Green returned to the starting lineup. He last started this season against No. 19/9 Georgetown on September 2nd. He played his first full 90 since his Temple debut at Rutgers in August of 2021.
> Temple was missing freshman Draven Barnett due to a red card in the previous match. He will return Wednesday against FIU.
> Häufglöckner’s assist is his first collegiate point.
> 5 yellow cards were pulled in the match. Three on SMU and two on Temple.

From the Coach
> “I think this was our best game from a chance creation perspective. They finished our chances, and we didn’t.” head coach Brian Rowland.

Up Next
> The Owls return to the Temple Sports Complex Wednesday for their first-ever match against FlU. The 7 pm match will be streamed on ESPN+. Attendance is free to all fans.