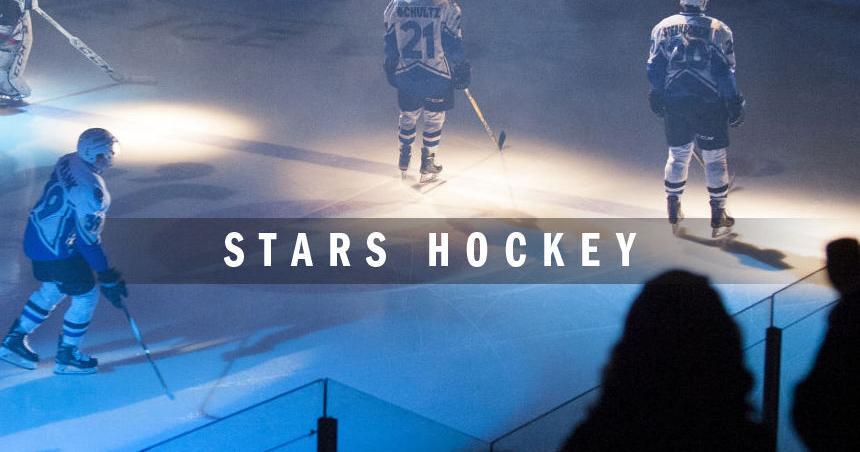 Sioux Falls capitalized twice on an opportune moment and the Lincoln Stars went by the wayside in a 3-2 loss in their home opener Friday at the Ice Box.

The Stars (2-1) posted 34 shots to the Stampede’s 22, but a five-minute major early in the third period helped Sioux Falls score twice.

Daniel Sambuco was called for a major penalty on head contact 5:01 into the third, and Samuel Harris and Noah Andersson capitalized for Sioux Falls.

“We had chances in the first and second period,” Lincoln head coach Rocky Russo said. “We had 21 shots through the first two periods and probably missed the net nine or 10 times on top of that.”

Sioux Falls took an early 1-0 lead midway through the first on a goal from Ryan Gordon. Lincoln’s Brennan Ali scored his first goal of the season to knot the score 1-1 with 18 minutes left in regulation.

After Sambuco was called for his major, USHL leading scorer Harris picked up his fifth goal of the season 1:07 into the penalty to give the Stampede a 2-1 lead. Andersson made it 3-1 a couple of minutes later.

Doug Grimes scored for Lincoln to make it 3-2 with nearly nine minutes remaining, but the Stars couldn’t get the tying goal.

“We didn’t take control when we had a chance,” Russo said.

“We had plenty of time,” Russo added. “We are feeling good about ourselves, good things are happening and quite frankly there were multiple opportunities you could have called a penalty on (Sioux Falls). … Again, we had our chances and I’m disappointed with our process. I didn’t think we worked as hard as we could have and I’ll put that strictly on my shoulders.”

Lincoln returns to action next Saturday at the Ice Box against the Omaha Lancers.

Be the first to know

Get local news delivered to your inbox!