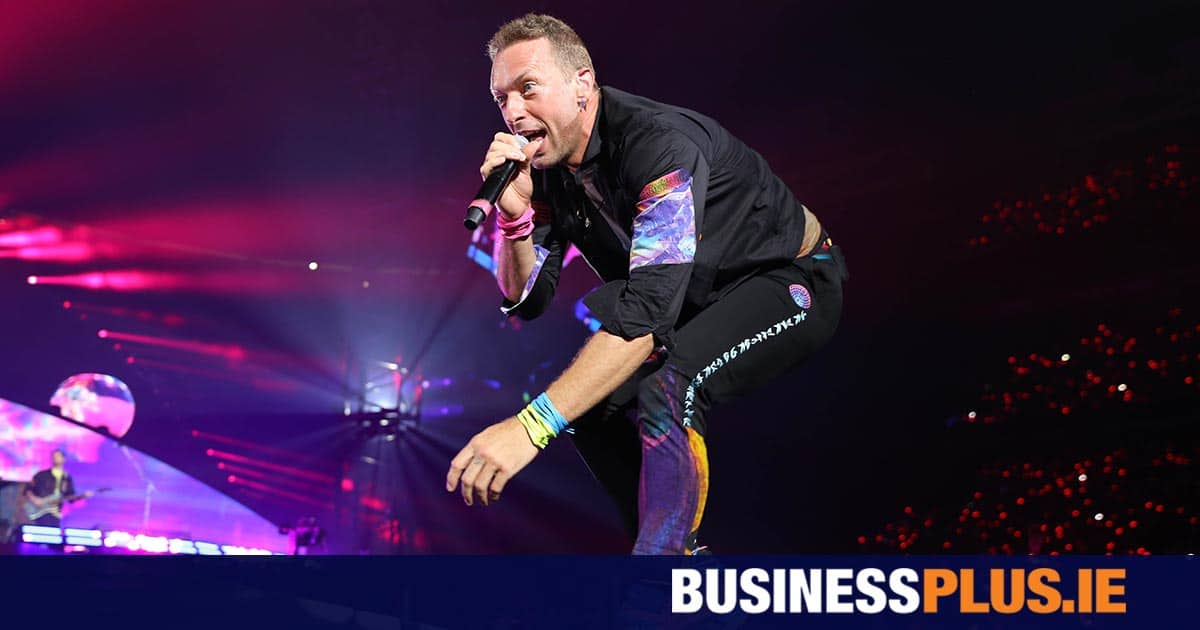 It doesn’t sound very rock ’n’ roll, but Coldplay’s new tour is all about CSR and inclusion, writes Basil Miller

Back in the day, when rock stars went on tour the dressing room ‘rider’ might contain demands such as Pot Noodles (Foo Fighters), clean underwear (Red Hot Chili Peppers), and kittens (Mariah Carey). Or, if you were Iggy Pop, you could and did demand seven dwarves, a brand of cigarettes he hated so he could throw it in the bin, a Bob Hope impersonator, Grolsch beer and two bottles of red wine, preferably ‘something we’ve heard of but still can’t pronounce’.

Rock stars have sobered up a bit since those heady days of flinging TV sets from hotel windows. As British band Coldplay grind through their extensive world tour built around their album Music of the Spheres, it’s all about sustainability, CSR, and inclusivity. The band’s last tour was in 2019, and since then it’s been consulting with climate change experts on ways to cut the tour’s carbon footprint.

The band explains: “We are trying to eliminate the use of fossil fuels in our show production and land freight. In most cities we can achieve this by using a mix of sustainable biofuels and renewable energy (solar, kinetic and wind). We’re also trying to reduce emissions from air travel with sustainable aviation fuel.”

Among its other pledges, Coldplay commits to planting one tree for every ticket sold, and a show powered by 100% renewable energy. They’ve even come up with kinetic floors for the venues, so that the energy from dancing fans can provide electricity to help power the fun. And to burnish their CSR credentials, inclusivity also makes it onto the rider. At every show there are local sign language interpreters, as well as assistance for hard of hearing concert goers.

On this sphere, a monster tour

The Coldplay tour is a monster. It kicked off in Costa Rica in March for seven gigs in Latin America, followed by 12 stadium shows in the US. The European leg began in Frankfurt in July, with 23 shows in six countries on the schedule, including six Wembley sell-outs in London. Then it’s on to South America for the autumn and further dates in the US early next year, for a total of 54 concerts.

With so many air miles being clocked up, not to mention tractor-trailers being sent up and down motorways, the British rockers have pushed the boat out to keep on the right side of Extinction Rebellion types.

“Playing live and finding connection with people is ultimately why we exist as a band. At the same time, we’re very conscious that the planet is facing a climate crisis,” says Chris Martin, the face of the band. “So we’ve spent the last two years consulting with environmental experts to make this tour as sustainable as possible, and to harness the tour’s potential to push things forward.”

BMW responded positively to Coldplay’s requests for ‘a custom-built, tourable battery system to allow us to use renewable energy wherever we are in the world’. DHL was selected as the tour’s logistics partner, as its GoGreen Plus service includes electric and biofuel vehicles on land and the use of advanced biofuels for air and ocean transport.

All tremendously laudable, and there is a precedent. While Marilyn Manson insisted on Haribo gummy bears and bald hookers, Morrissey requested a ‘young sapling no less than four feet but no higher than six feet’ to be placed in his dressing room.

There’s much more info on the sustainability aspect of the Coldplay tour here, for any other rockers wanting to do the right thing for the planet.