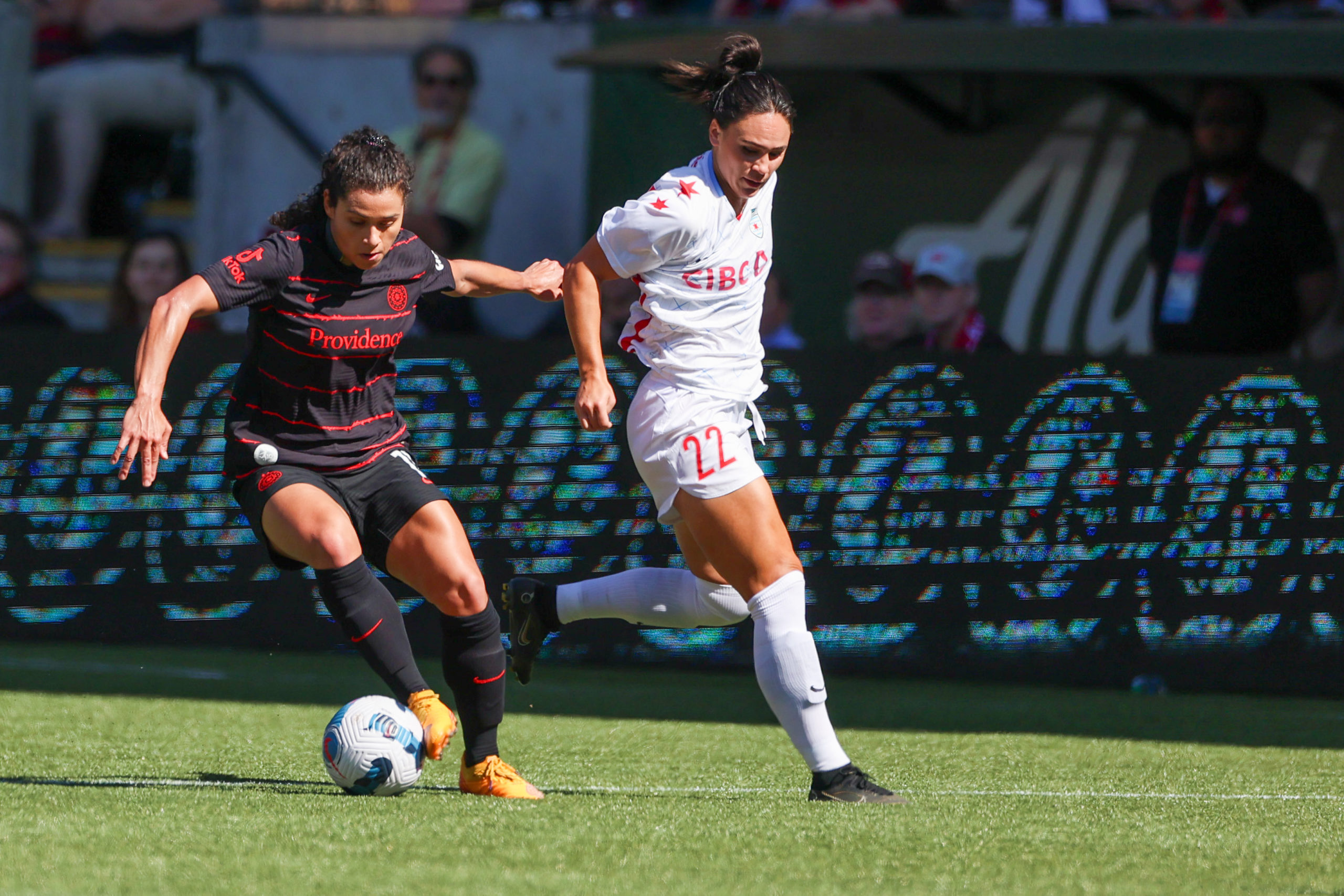 Bianca St. Georges will miss at least one key contest for the Chicago Red Stars after receiving a suspension for directing two middle fingers at the referee during the team’s last contest.

The defender made the gesture after she seemingly disagreed with a throw-in awarded to the Red Stars’ opponent, the Portland Thorns, in the 59th minute of Sunday’s match. St. Georges received a red card, and the Red Stars went on to lose 3-0.

As a result, St. Georges will miss the Red Stars’ season finale Sunday against Angel City FC, which could decide the team’s postseason fate. The club needs a win and help this weekend to clinch a playoff spot.

If Chicago does make the playoffs, St. Georges will miss their first-round match. If not, she will miss the first match of the 2023 regular season.

The defender’s punishment comes after Washington Spirit defender Amber Brooks received a suspension and fine for making a similar gesture in her team’s Sept. 10 match against the San Diego Wave.

St. Georges issued an apology via social media for her gesture before the NWSL publicly announced its decision.

“I’d like to apologize to all our young fans who were watching or have seen coverage of the incident and my gesture,” she said. “I’m disheartened that I’ve set a bad example of how to behave on or off the field.”

She went on to say she accepted the NWSL’s decision.

“I’m hurt I won’t be able to be on the field with my teammates, but I’m doing my part in helping the team prepare and I will be in the stands Sunday to cheer them on,” she said.”