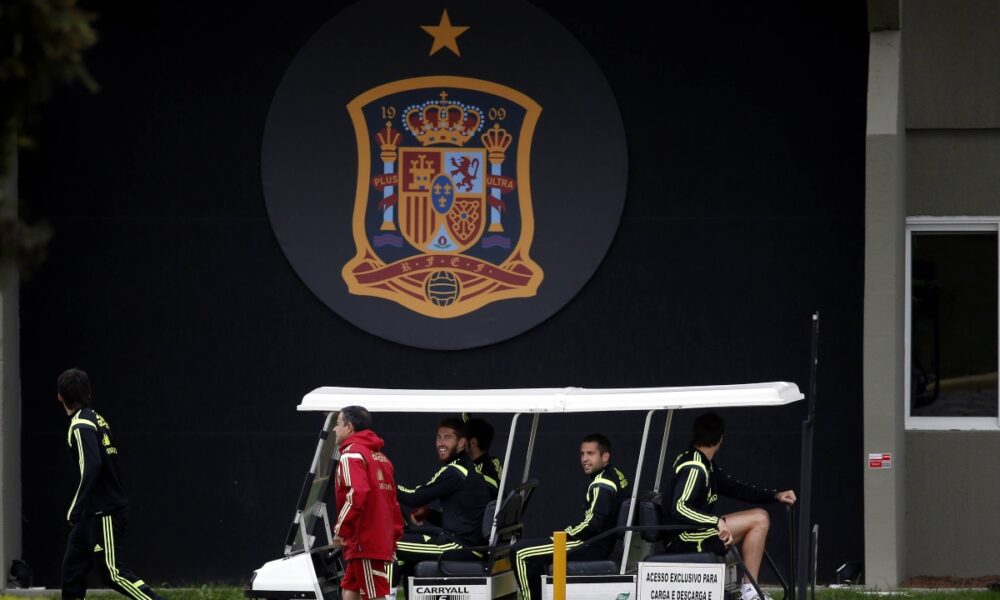 Despite the stars departing and the farewell to a golden generation, Spain continues to be at the summit of world soccer. LaLiga Santander attracts spectators from all over the world with Real Madrid and FC Barcelonawhile Los Blancos lead the way in lifting European trophies. Even the national team is on its way back to the final rounds.

However, these results hide many problems inside of Spanish soccer.

Persuading fans to follow a league whose overall level drops continuously is not easy. Spanish soccer lives in a growing economic inequality compared to the Premier League. Moreover, the lack of excitement in the title race is a constant year after year. Meanwhile, unequal distribution of audiovisual rights preserves the model of the big three. Accordingly, Real Madrid, Barcelona and Atlético face no severe challenge.

LaLiga still has some of the best players in the world. Plus, people start talking about the big games several weeks in advance. However, some clubs are finding it harder to keep their top players, who can change them for any club on the other side of the ocean. Not to mention, the league has forgotten the local fan by thinking of outsourcing its product. It is something that can be seen beyond some schedules. Watching soccer in the stadiums, following the league on TV and purchasing team jerseys is getting too expensive.

Spanish soccer suffers from high prices but also controversy. In a matter of days, it has gone from an episode of terrorism towards Vinícius and his dancing celebrations to the cascade of resignations in the best generation of the women’s national team’s history. Again, they confronted the Spanish FA headed by Luis Rubiales. Rubiales supports coach Luis Vilda, avoiding putting out the fire when the plots pile up. Also, no, it is not enough to attribute the insults against the Brazilian winger to a few brainless individuals. It is a matter of condemning and expelling the Frente Atlético, Atlético Madrid’s ultra group, from the Estadio Metropolitano.

If these issues are evidence of anything, it is the moral turpitude of Spanish soccer’s leaders. The TV channel controlled by La Liga removes and places at the whim of the president, Javier Tebas. They comment and ask what the president wants, as he has acknowledged across Spain. Tebas revealed that he is a Real Madrid supporter. It is not surprising that he only deals with some issues when they affect Real Madrid.

In Spain, people say that all that glitters is not gold. It is also the case with the VAR, which referees misuse every week to outrage La Liga fans. From the beginning, it has been used whenever each refereeing team has wanted, applying different criteria and being able to forgive clear plays and re-refereeing dubious actions. Every promise from the Technical Committee of Referees is falling through the cracks. Meanwhile, the game remains unplayed for more than half the match, giving penalties in which the defender runs in front without touching the striker and keepers get away with making saves outside the box.

Lack of remedies to issues

Given this, few measures are being taken. Indeed, extra times are occasionally longer while LaLiga’s Assembly ratified an agreement with the British fund CVC. As a result, the member clubs will receive an injection of just shy of $2 billion in exchange for 8.2% of the profits generated by the commercialization of the competition over the next 50 years. At the same time, they already had some problems last summer registering their players (not to mention the financial situation of FC Barcelona).

Not everything is negative. The last few years have given us a more FA Cup or Coupe de France style Copa del Rey, with one-legged ties and big teams suffering against underdogs. These smaller teams now also receive more resources. But, what is clear is that this new generation of Spanish executives, who presented themselves as rescuers, already have too many problems.