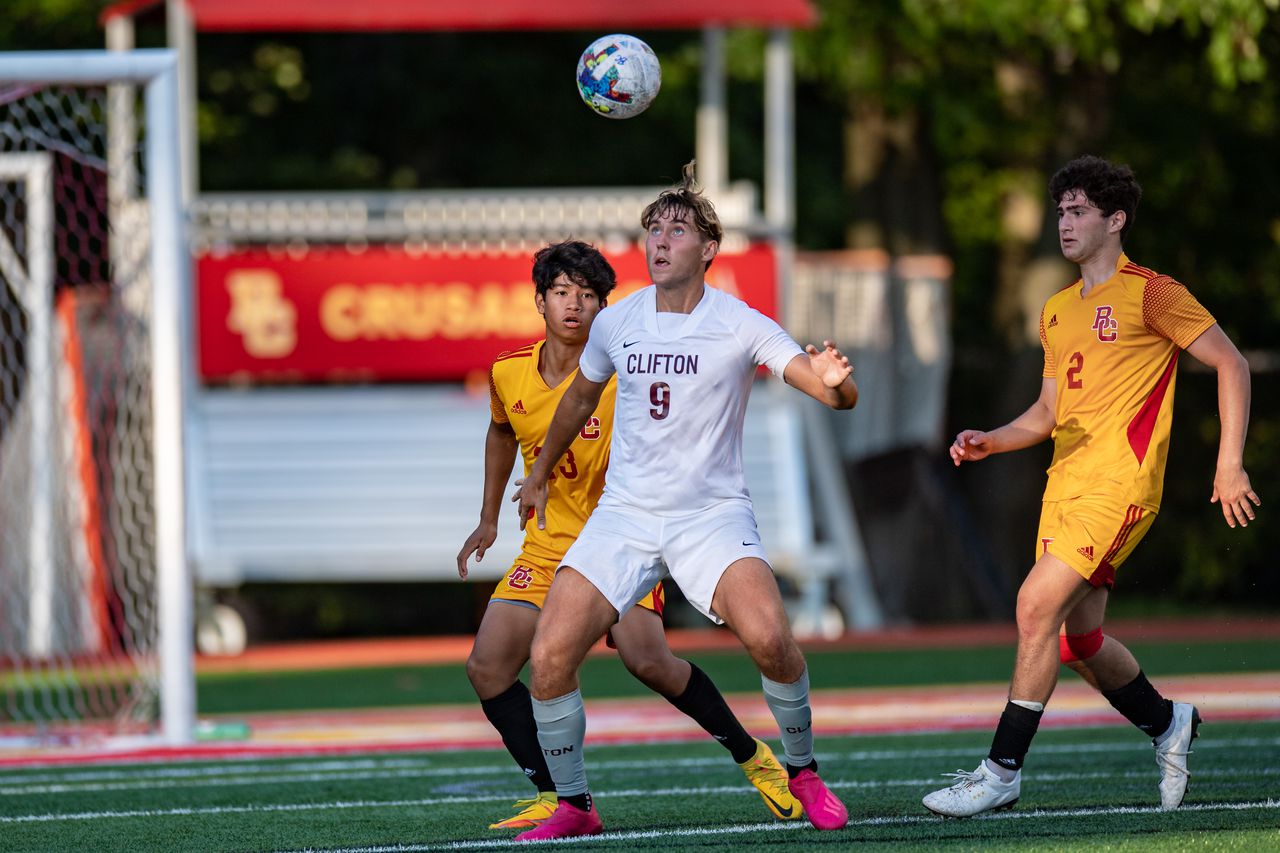 Steven Ozga scored in the second half as unbeaten Clifton, No. 15 in NJ.com’s Top 20, won on the road, 1-0, over Paterson Kennedy.

Cameron Zutic and Sebastian Perez saved two shots apiece to combine for the shutout for Clifton (6-0-1).

Paterson Kennedy (4-3) took four shots on goal as compared with nine for Clifton.

Ademi staked Wayne Hills (4-2-1) to a 2-1 advantage before the break while Alex Kruszewski preserved the win with eight saves.

Kasper Piela finished a pass from Nicholas Ramirez in the second overtime to give Fair Lawn a road win.

Joshua Bells recorded the shutout with four saves for Fair Lawn (4-1-2), which took 15 shots on goal.

Eric Mendez led with a hat trick and Ciro Rodriguez scored twice while Fernando Perez added a goal and two assists as Passaic won at home.

Passaic improves to 3-4 while Paterson Eastside is now 0-7.

Ferid Zaku converted a pass from Jake Rubis in overtime to provide a road win for Wayne Valley.

Sebastian Sianozecki saved one shot to earn the shutout for Wayne Valley (5-1-1).