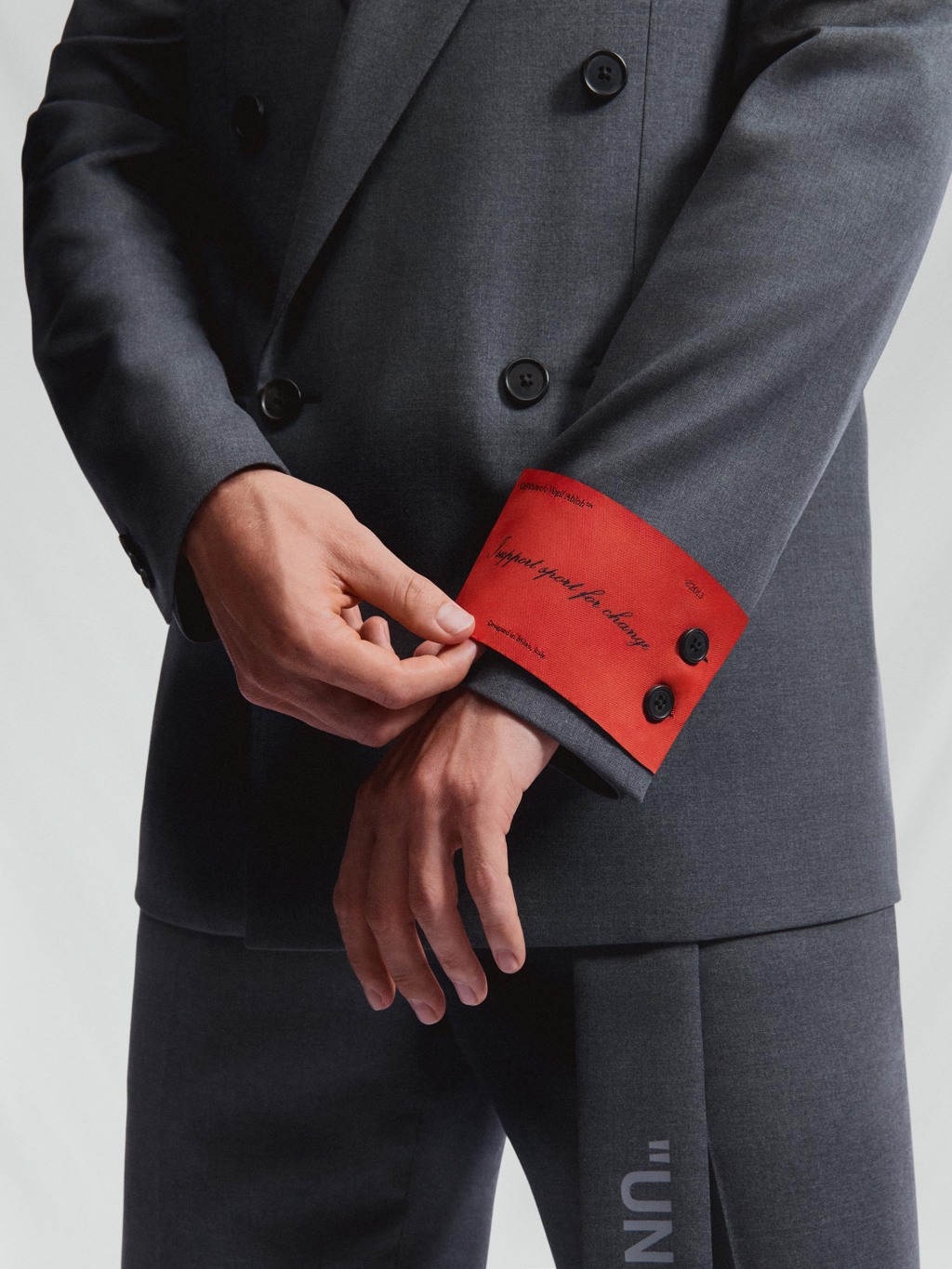 STYLE GOALS: When AC Milan rocks up for its Champions League game against Chelsea FC in London, its players will have an extra edge in the style department, at least.

The game this week will mark the unveiling of a partnership between the Italian football club, known as the Rossoneri, and fashion label Off-Whitewhich has designed new uniforms for the team.

The suits feature an oversize red label on the sleeve that reads “I support sport for change.” The motto is a reference to the “I Support” statements introduced by Off-White‘s late founder Virgil Abloh in 2020. These include an initiative called I Support Young Black Businessesa quarterly fundraising program to support the Black community.

The pledge also aligns with AC Milan’s “Manifesto for Equity, Diversity and Inclusion,” launched in 2020 with the aim of sharing the positive values ​​of sports to support the fight against all forms of prejudice and discrimination.

“This union is a celebration of humanity and has a tangible commitment to using one’s platform to generate a positive change,” Off-White said in a statement.

The deal marks the brand’s first collaboration with a soccer team. As the club’s official style and culture curator, it will partner in the community activations and projects to support Fondazione Milan, AC Milan’s charity foundation, encouraging players and public alike to “wear your heart on your sleeve.”

Through its “Sport for Change” program, the foundation works to provide opportunities for disadvantaged young people. The “I Support” campaign will kick off with a video featuring voiceover narration by current AC Milan men’s and women’s players, juxtaposed with iconic soccer objects tagged with “I Support” statements.

Andrea Grilli, chief executive officer of Off-White, said a partnership with a football team wasn’t in its plans until he met AC Milan CEO Ivan Gazidis and realized they had a common belief in community building, youth culture, diversity and inclusion.

“Our shared values ​​were the spark for this project, a partnership that goes beyond uniforms and branding. It has the ambition to create room for conversation, empathy and action,” Grilli said.

Casper Stylsvig, chief revenue officer of AC Milan, said: “We are proud to embark on this journey with Off-White, with whom the Rossoneri share a common vision and a common mission. The new journey is a further testament to AC Milan’s ability to engage with younger generations through the convergence of football with other sectors.”