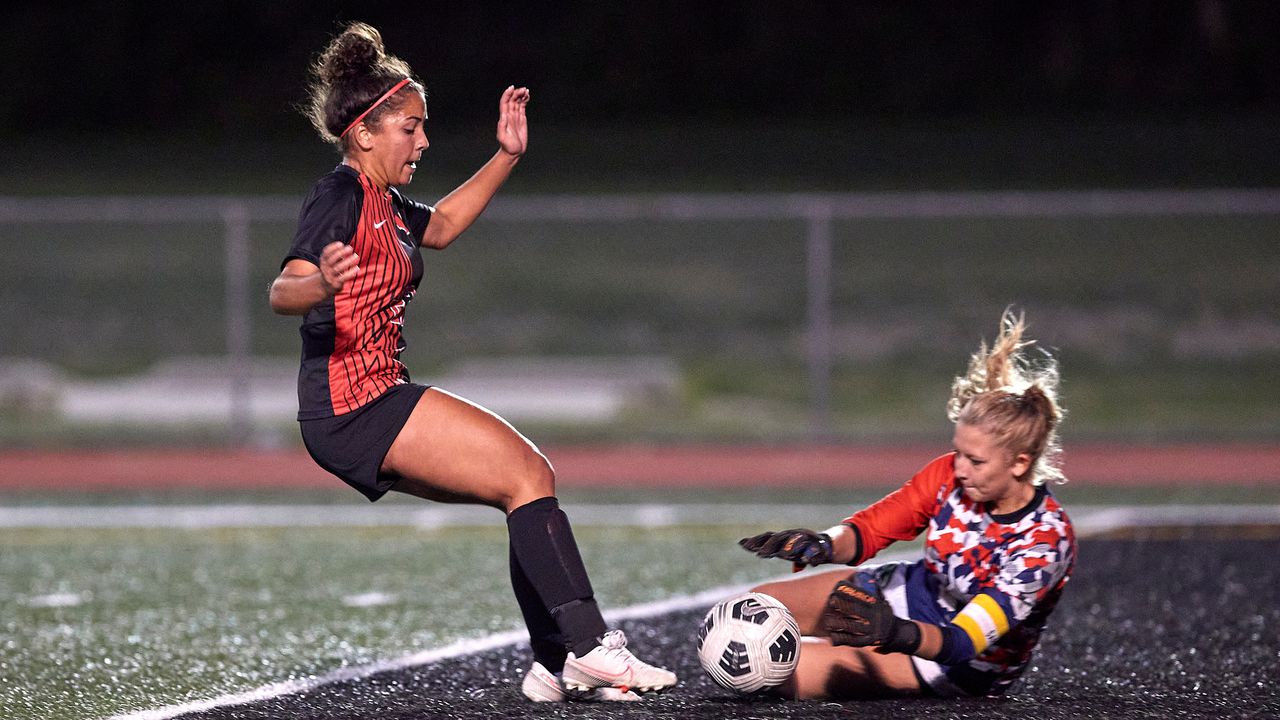 Renee Wu scored a hat trick, her first three goals of the season, to lead Woodbridge to a 4-2 win over South Plainfield in Woodbridge.

Ella Tom added her ninth goal, tied for the team lead, and Tiffany Paredes made six saves to help Woodbridge raise its record to 9-1.

Evalyn Szalanzci and Emia Carrazana scored for South Plainfield (6-4), both off assists from Genesis Garces Gomez.

Theresa Steiner scored in the 53rd minute off a well-timed through ball from Mikayla Mandleur and East Brunswick, No. 15 in the NJ.com Top 20, held on for a 1-0 win over Old Bridge in East Brunswick.

Claudia Volino stopped all three shots she faced to earn the shutout. She was helped by the back line of Nicole Motusesky, Danielle Blaustein, Ashley Schropp and Allison Weiden and holding holder Riley Smalley in containing the high-scoring Old Bridge attack.

Isabella Ludovico made seven saves for Old Bridge to keep the game close.

East Brunswick remained undefeated at 10-0 and Old Bridge fell to 5-5.

Taylor Diaz converted a feed from Laila Stevenson to break a 2-2 tie in overtime and spark Sayreville to a thrilling 3-2 win over North Plainfield in Parlin.

Stevenson and Alyssa Marley also scored and Zahra Benkhak made 14 saves for Sayreville, which evened its record at 5-5.

Gelsey Go made six saves to record the shutout. Edison won its fourth straight game and improved to 6-3-1.

Cassidy Connors recorded a hat trick to increase her season total to 14 as Metuchen defeated St. Thomas Aquinas 4-1 in Metuchen.

Sarah Hyman also scored and Charlotte Breen was in a giving mood as she assisted on all four goals.

Chloe Soden and Lola Rezes each had three saves to help Metuchen raise its record to 8-2.

Abigail Araujo and Jennifer Bras each found the back of the net to lead Colonia to a 2-0 win over New Brunswick in Colonia.

Alissa Mendes turned away three shots to pick up the shutout and help Colonia improve to 3-6-1.

Genesis Menjivar was terrific in defeat as she made 24 saves for New Brunswick (0-9-1).

Jennifer Ward and Lauren Pascal had assists and Gracen Regan made two saves to earn the shutout for Monroe, which improved to 8-2.