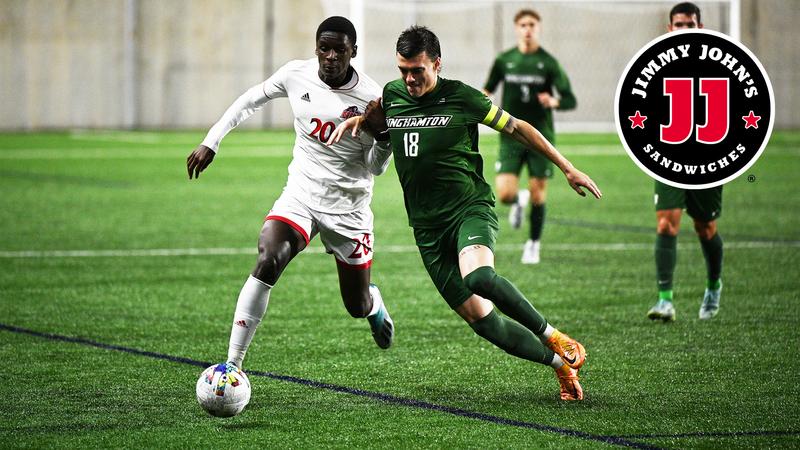 
VESTAL, NY – Coming off a 1-0-1 week, Binghamton men’s soccer (1-6-3) plays a non-conference game at Bucknell (2-8) Tuesday night. The teams square off at 7 pm at Emmitt Field in Lewisburg, Pa. The game will be broadcast on ESPN+.

The Bearcats are coming off a scoreless draw at NJIT Saturday night. Before that, BU trounced former America East foe Hartford 8-1 on Tuesday. Senior keeper Mats Roorda didn’t allow a goal in his two near-complete games and for that, Roorda was named the America East Defender of the Week. He lowered his season goals against average to 1.18 with two shutouts. Up front, junior forward Markos Touroukis leads the team with three goals and seven points.

Bucknell has dropped five of its last six games, but the win was a 2-1 home triumph over Lehigh last Wednesday. The Bison added 12 newcomers after going 4-10-3 a year ago. They are 1-3 in Patriot League play this fall.