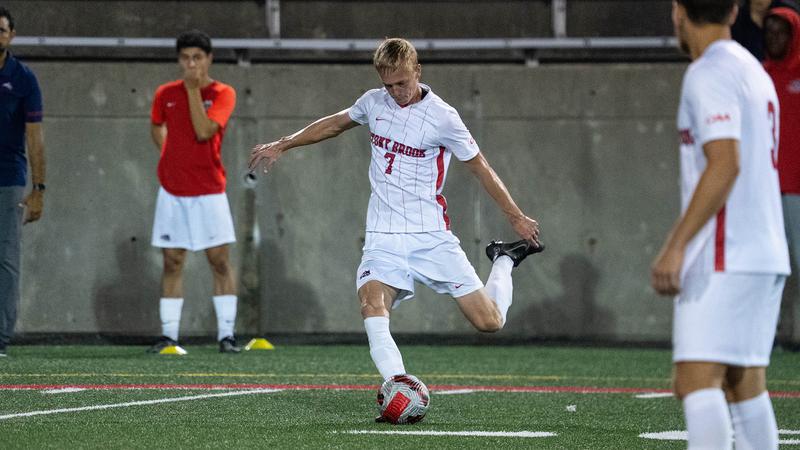 WEST LONG BRANCH, NJ – The Stony Brook men’s soccer team was defeated by Monmouth, 3-0, on Friday night at Hesse Field on The Great Lawn. The meeting was the first between the Seawolves and Hawks since November 17, 2011, which ended in a scoreless draw.

Monmouth struck first in the 26th minute when Griffin Tomas found the back of the net off a feed from Ben Zakowski. The Hawks went on to add their second goal in the 39th minute and third and final tally in the 79th minute of play.

The Seawolves’ best two scoring chances came in the 65th and 81st minutes, respectively. On both scoring chances, graduate Trausti Birgisson sent a pair of shots on target but was turned away by Monmouth’s goalkeeper Eryk Dymora.

The Seawolves return to LaValle Stadium on Saturday, October 8, to face the College of Charleston at noon. It will be the first meeting between the teams in history.