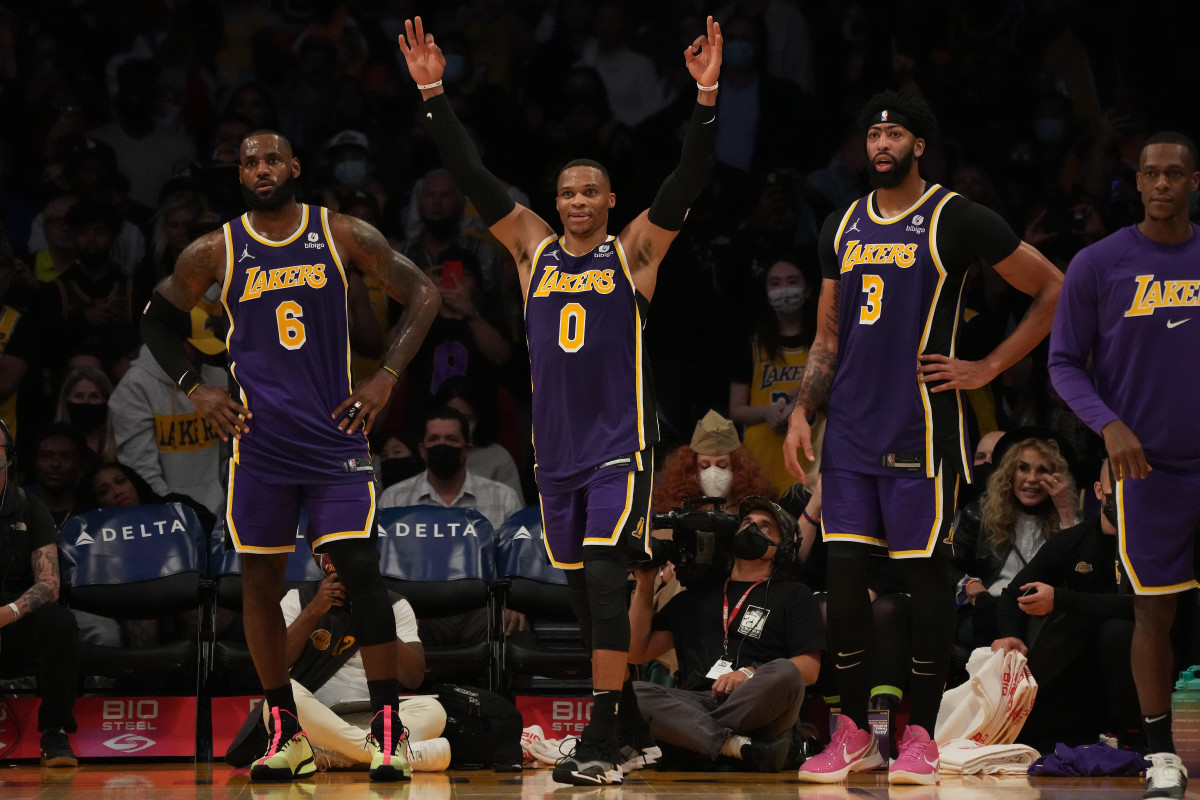 With the first week of the club’s preseason training camp complete, star power forward Anthony Davis noted that the Lakers’ three priciest, highest-usage players — Davis, LeBron James, and Russell Westbrook — were taking something of a fresh approach to their on-court interactions, according to Dave McMenamin of ESPN.

“When we’re all trying to be unselfish and share the wealth, the ball kind of ends up getting lost around the perimeter or we’re going up against the shot clock. But when somebody is staying aggressive and Russ is getting downhill, ‘Bron is getting downhill, it opens up the floor. Because they’re aggressive where guys have to help out, they can kick it out to shooters.”

All three players have good handles, and all three can thrive in the paint. But Westbrook and Davis, two poor jump shooters, can clog the floor if they’re playing together. And Westbrook doesn’t give the Lakers much off the ball.

McMenamin notes that new Lakers head coach Darvin Ham employed a spacing-heavy offensive attack during the team’s Saturday scrimmage at their El Segundo practice facility, employing either Westbrook or James as the team’s interior slasher, with the four other Lakers surrounding the ball handler spreading the floor along the perimeter.

“Those guys are still two of the most elite athletes in our league who can both handle the ball at a high level and attack the paint and the rim at a high level,” Ham said in praising Westbrook and James.

It’s a smart strategy, although it will be important for Ham to tactically allocate minutes to Westbrook, and perhaps look to stagger his time on the floor with James’s. James is the superior playmaker, but Westbrook could thrive with the rock in his hands during short bursts of action, ideally against opposing reserves.