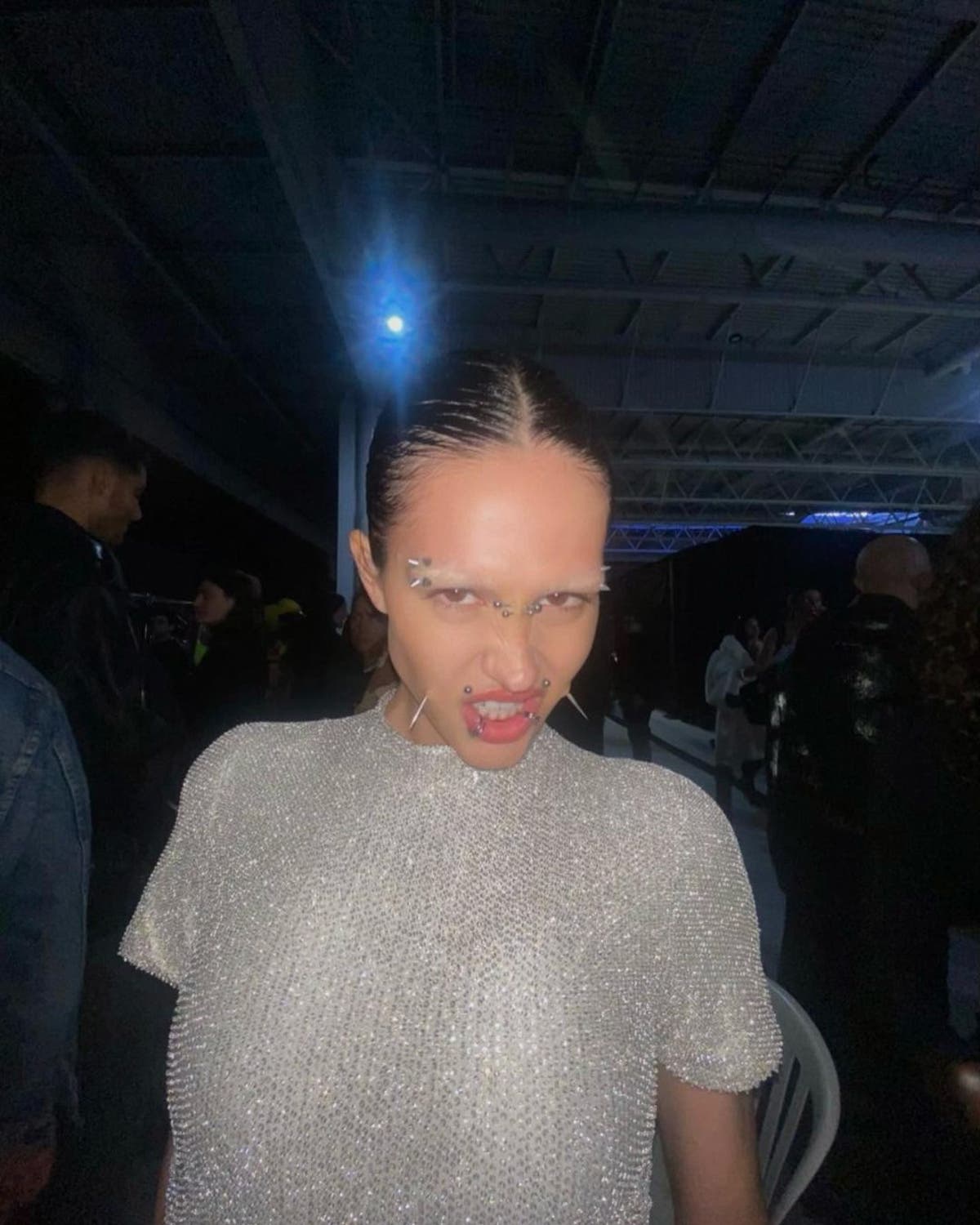 Ameila Gray Hamlin is the new IT-girl in town and she’s fast fronting the latest hardware beauty trend, which sees stars studding their faces with stacks of faux piercings.

At yesterday’s Balenciaga’s The Mud Show, the supermodel newcomer (who is the daughter of actress and Real Housewives of Beverly Hills star Lisa Rinna) showcased an assortment of faux facial piercings across her lips, nasal bridge and eyebrows alongside a slinky, silver dress. After strutting through the apocalyptic, muddy runway, the 21-year-old posted a photo dump of the abrasive look to her 1.3 million followers, with fans obsessing over the look in the comments.

As we enter an indie sleaze revival, it’s no surprise that exaggerated piercing looks are entering the beauty consciousness. They might be NSFW, but creatives across Instagram are experimenting with special effects makeup like Gray and Ffrench for a low-stakes, non-committal approach to the aesthetic. But for those feeling bold, a trip to your local piercing salon is overdue.