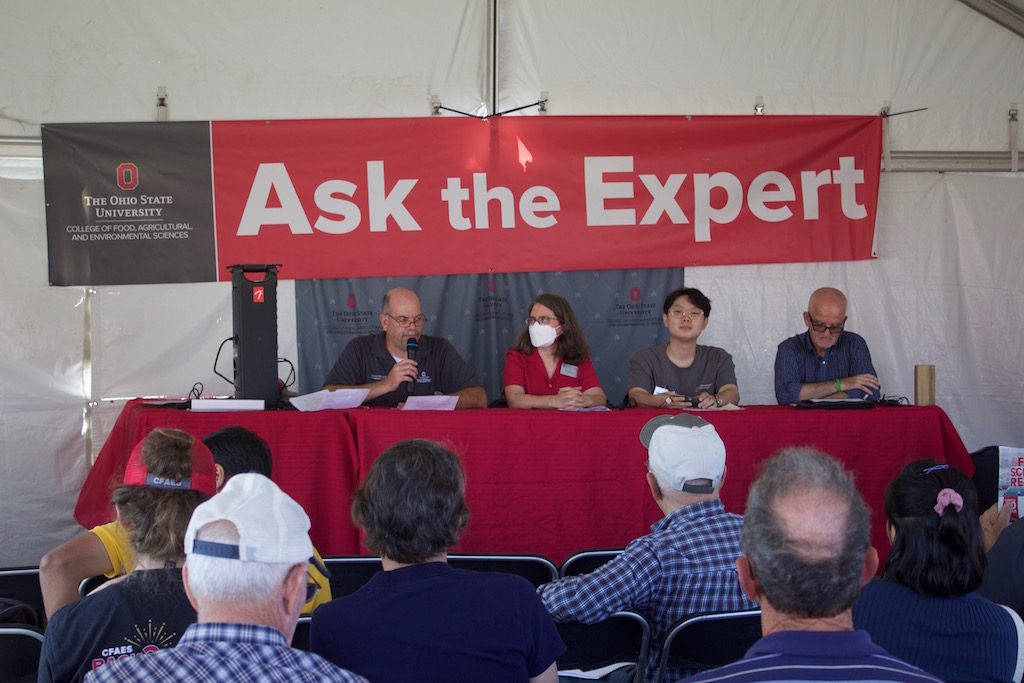 LONDON, Ohio — Global uncertainty is continuing to affect farmers across the US, and in Ohio. As farmers head into the harvest season, inputs and commodity crop prices are still high.

Farm incomes for 2022 look strong so far, but there are still many unknowns about what the 2023 season will look like, said speakers at Farm Science Review’s Talk on Friday Avenue, Sept. 20, in London, Ohio.

“Agriculture is always a very uncertain industry. It operates in very volatile markets, and there’s a considerable sort of global uncertainty, both in the US as well as in the world today,” said Ani Katchova, professor and Farm Income Enhancement Chair in Ohio State’s department of agricultural, environmental and development economics .

Production and markets in other countries are a big part of the picture. In addition to the war in Ukraine affecting Ukraine’s and Russia’s ability to grow and export crops, conditions like weather in other countries will also affect what things look like for US exports and imports.

Seungki Lee, an assistant professor and agricultural economist with Ohio State’s department of agricultural, environmental and development economics, noted in the talk that China and Brazil are both expecting fairly good harvests this year, so China is likely to have lower demand for US crops, and Brazil is likely to be competing with the US on exports.

“So, I think what we’re seeing based on this is … the 2023 market will be … tougher in terms of the global market,” Lee said.

Farm incomes have actually been about 5% higher than they were in 2021, Katchova said. Earlier in the year, they were predicted to be lower, partly because of less government payments. But with higher commodity prices, farm incomes have still been strong.

“So, this is good news, because a lot of the farm income is coming from the markets this year,” she said.

On the flip side of that, production expenses have also gone up, especially fuel and fertilizer. And when accounting for inflation, farm incomes are actually slightly lower than last year.

Overall though, 2022 seems likely to be fairly profitable for farms, said Barry Ward, director of Ohio State University Extension’s Income Tax School Program and part of the Farm Office team, in a Sept. 21 farm profitability outlook at Farm Science Review. Looking towards 2023, however, margins seem likely to be lower.

Commodity crop prices are still currently projected to be fairly good for 2023, he said, but inputs are also still high.

“I think the real truth is we’re not going to see fertilizer prices move lower, until we start to see crop prices lower,” Ward said.

The Farm Office is expecting about 5% higher seed costs and 20% higher machinery and repair costs, compared to 2022, in its 2023 crop enterprise budgets.

“Supply chain issues have become a problem over the last couple of years,” Ward explained.

The high commodity prices have also contributed to higher demand for farmland.

“We still have a lot of dollars out there chasing farmland, and I think we’re not at the top yet,” Ward said.

At the same time, interest rates have gone up, which can make it more difficult for some to buy land. But that doesn’t mean the demand is going away.

“People still want to buy ground and invest in ground … but land values ​​are up, interest rates are higher, so that is making it more challenging to cash flow that, as well as inflation across all the crop inputs,” said Rudi Perry, regional vice president of ag lending for Farm Credit Mid-America, in an interview with Farm and Dairy.

It’s hard to say exactly what the effect of higher land values ​​will be on cash rents, but Ward said it seems likely there will be a slight uptick in rents for 2023.

There are still a lot of uncertainties, especially on the global level. Farmers in Ukraine are getting into their planting season, and it’s hard to predict how much they will get planted, or even how much they were able to harvest earlier in the year.

While a shipping agreement has allowed Ukraine to move some of the grain it had stored from the 2021 season, that agreement will not allow all of the stored grain to be shipped, and the quality of some of that grain is uncertain, said Ian Sheldon, professor and Andersons Chair of Agricultural Marketing, Trade and Policy for Ohio State, in the Friday Avenue talk.

A recession is a possibility, especially as the Federal Reserve attempts to pump the brakes on inflation, Ward said. But labor markets have continued to be strong.

“I don’t know if it’s a foregone conclusion that we’re going to see a big recession,” he said.

Land values ​​and interest rates both seem likely to stay high or keep rising, Perry said. She has been encouraging farmers to preserve as much working capital as they can, to use as a cushion in volatile, uncertain markets.

“We still are expecting a lot of volatility moving into next year,” she said.

Up-to-date agriculture news in your inbox!