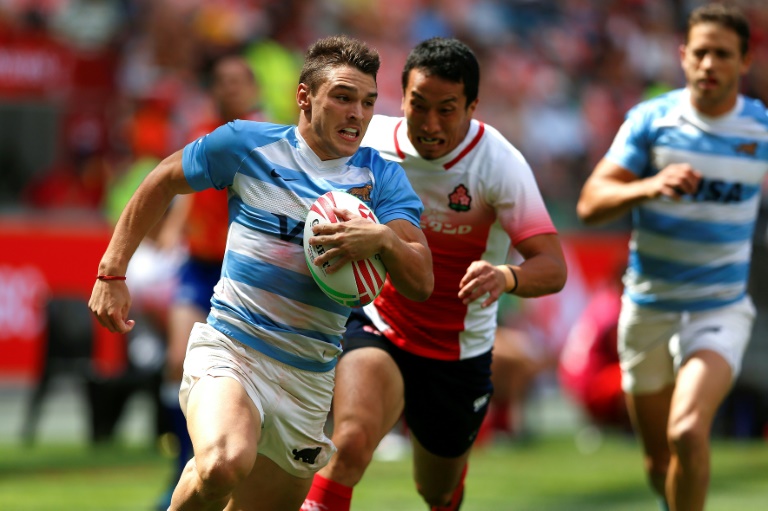 Carreras, one of three Argentines in Newcastle’s starting XV along with Matias Orlando and debutant Matias Moroni, scored the first and last of the hosts’ four tries at Kingston Park.

Tian Schoeman kicked 10 points for Newcastle as the Falcons posted their first win in four league games this season.

Bristol scored tries through Henry Purdy and Richard Lane, with the boot of AJ MacGinty responsible for the southwest side’s remaining five points.

The visitors took the lead when MacGinty kicked a penalty after Newcastle strayed offside.

But the northeast side hit back when, having been helped up inches from Bristol’s line, they opted for a five-metre scrum rather than kick a penalty at goal.

That bold decision was rewarded when a long pass from Schoeman sent Carreras in for a try at the left corner.

Ed Holmes was sent to the sin-bin for a cheap shot on 20 minutes, with Newcastle capitalising on their man advantage when Connor Collett strolled in from five metres out.

Bristol and England front row Kyle Sinckler was penalised at a scrum for not driving straight and Newcastle again declined a kickable penalty, opting instead to send the ball into touch for a close-range line-out.

George McGuigan then forced his way over from a pick and go for a try converted by Schoeman.

Collett and Falcons team-mate Sean Robinson were both sent to the sin-bin early in the second half, with Bristol scoring two tries through Purdy and Lane when Newcastle were down to 13 men.

Bristol were now within a score, with 21 minutes left.