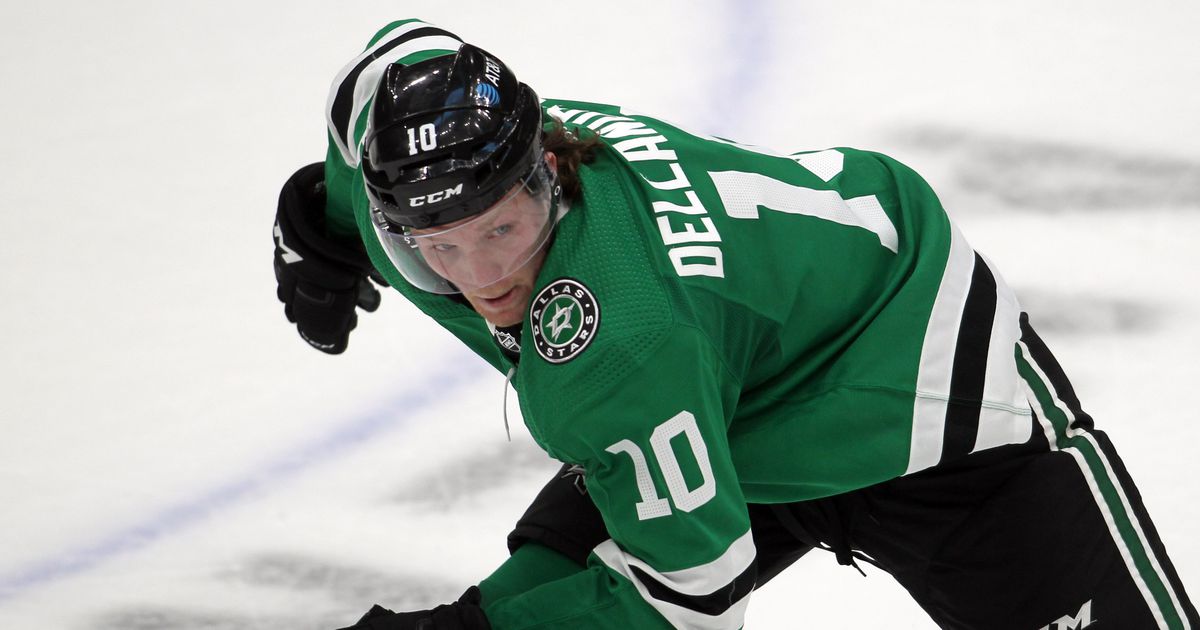 FRISCO — Before he broke a finger in Thursday’s preseason loss to Minnesota, Stars forward Ty Dellandrea’s name had been penciled onto the NHL roster by coach Pete DeBoer.

Now, with his injury expected to sideline him for 2-3 weeks, it’ll be erased.

“Ty was having a great camp,” DeBoer said Friday morning. “I had him penciled in. This is an opportunity for someone else to come in until he gets himself healthy again. There is a large group there. It speaks to the depth of the organization.

“I think there’s a lot of guys there that I would feel comfortable putting in an NHL game. It’s them separating themselves from each other for who gets that opportunity.”

Dellandrea, the 2018 first-round pick who spent almost all of last year with AHL affiliate Texas, would have filled a role for Dallas. He is a right-handed center who can also play wing and kill penalties. He has some offensive punch to allow him to float up and down the lineup, but he has played only 27 career NHL games.

During the shortened 2021 season, Dellandrea split time between the active roster and the taxi squad, but he struggled to find his footing as a 20-year-old. Last year, he played just one regular-season NHL game before a solid Game 7 in Calgary that boosted his chances to make the Dallas roster in the fall.

Before his injury, Dellandrea said he felt different from his NHL taste in 2021.

“Looking back, I feel a lot more mature from that time,” Dellandrea said earlier this week. “On-ice maturity, just being able to know where I am and feel comfortable about positioning and pace. I feel like I’m right there. I don’t feel like I’m chasing it or anything like that. I think I can dictate play and speed. I feel like I’ve come a long way from then, just rounded out my game overall since that year.”

It’s not a given that Dellandrea will miss opening night in Nashville, which is two weeks from Thursday. Last year, Jani Hakanpää broke his pinkie in the first preseason game but still played in the season opener in New York 2 1/2 weeks later.

But until Dellandrea is cleared to play, the Stars will have a spot to fill.

Riley Damiani and Mavrik Bourque probably have the most opportunity in front of them, as skilled, right-handed centers who can also play wing. Fredrik Karlström is a player who Stars management has pegged as knocking on the door of the NHL. Marian Studenic can make his case as a bottom-six fixture. Swedes Oskar Bäck and Fredrik Olofsson remain in camp.

For teenagers Wyatt Johnston and Logan Stankoven, Dellandrea’s injury may not ultimately land them a spot on the NHL roster, but it might allow them more time to stick around in training camp.

Damiani’s name sticks out. The 2021 AHL Rookie of the Year doesn’t have the two-way ability that Dellandrea does, but he was one of the organization’s best players at the Traverse City Prospect Tournament in September, with six points in three games.

“Bounces were pretty good, got a couple of lucky ones, but that’s what it takes sometimes,” Damiani said. “I thought my feet were going, I thought I felt really good on the ice. I was in game shape before a lot of other guys. All good signs.”

Damiani has always been knocked for his size, but he makes up for it with skating and creativity. He said he weighed in at 177 pounds at training camp after finishing last season at 162 pounds.

Bourque will start his first professional season this year after a decorated junior career with Shawinigan in the QMJHL. A skilled passer with above-average vision, Bourque profiles more as a top-six forward, but the Stars have given him penalty-killing duties at times this preseason. He was a first-round pick in 2020.

“When you look at the difference between an American League salary and an NHL salary, you can see where that desperation comes from,” DeBoer said. “I think we’re seeing that from those guys.”