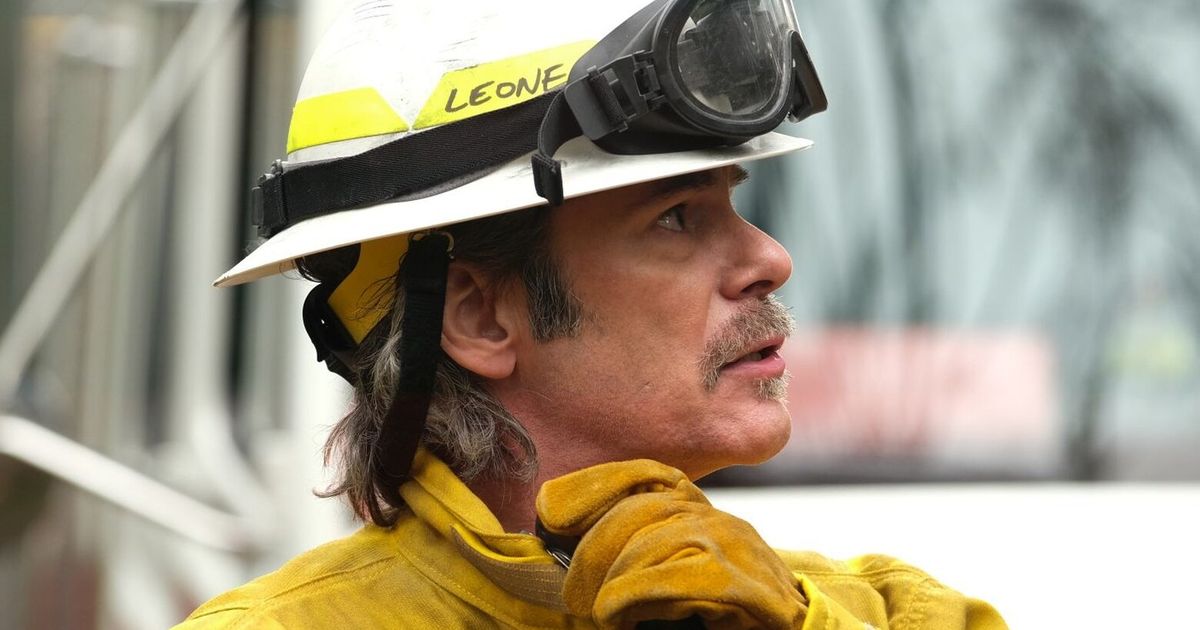 Born in Everett and raised in Bellingham, actor Billy Burke has landed several roles with ties to his home state, from the “Twilight” movies, where he played police Chief Charlie Swan (father to Kristen Stewart’s Bella), to Netflix’s “Maid.”

“It’s completely accidental,” Burke said. “Perhaps it’s because some of these stories that are being told are somehow drawn to the Northwest more than shows used to be. We’ve had our fair share of stuff set in New York and New Jersey, right?”

Burke was again working close to home on the new CBS drama “Fire Country” (premiering 9 p.m. Oct. 7), which, though set in Northern California, films in Vancouver, B.C., allowing Burke to visit family — mom Penny Burke is in Marysville; dad James Mike Burke and his sisters are in Bellevue — more often, including on a September trip to Forks.

Burke was on the Olympic Peninsula for the annual Forever Twilight in Forks Festival, an easy trip down from the “Fire Country” set.

“Everybody was completely kind and delightful and I couldn’t have asked for a better atmosphere, but it was intense,” Burke said. “The fans of those of those books and movies, their passion for that story will never die.”

In the world of mortals, “Fire Country” follows a team of firefighters tasked with putting out wildfires.

“It was definitely one of the first things that drew me to the show. I thought the subject matter was really compelling, and I hadn’t seen it before dramatized on network television,” Burke said of the show’s depiction of rural forest firefighters, as opposed to the more typical urban fire dramas.

“He’s the lovable dad, except he’s the lovable dad whose bad side you don’t want to be on and who is really passionate about what he does and the service he provides for the people,” Burke said of his “Fire Country” character.

It’s not Burke’s first time playing a firefighter. He was one of the stars, alongside John Travolta and Joaquin Phoenix, of the 2004 film “Ladder 49.” More recently, Burke had a recurring role as a fire chief on Fox’s “9-1-1: Lone Star.”

“It’s not necessarily the world, it’s always the character that brings me to something, and the guy on ‘9-1-1: Lone Star’ is just this despicable yet somehow likable guy, and [‘Fire Country’] is 180 [degrees] from that guy,” Burke said. “He’s a totally different dude and one that I can’t say that I’ve ever really played before. So that was very attractive to me.”

Burke said he has seen a significant change in how fires are re-created for film and TV in his career.

“There was no such thing as fire CGI back then, and if there was, it looked really stupid,” Burke said of making “Ladder 49.”

“We had all practical fire on that movie. On [‘Fire Country’], we have some practical fires, but they’re enhanced because we have the benefit now of mastering the art of flames in CGI. Flames and water, those are the two hardest things to capture in CGI. And we’re at the point now where we can do anything.”

“It’s really fun getting to work with someone who’s dedicated and fun and really not a morning person. Sometimes we get to set and Billy — this is the noise Billy makes when he works,” Farr teased, making grunting sounds, during a recent virtual CBS news conference for the show.

“Billy and I have been at this for so long, we negotiate our scenes. I usually want more emotional stuff and he wants a little more action,” Farr said, “and we literally negotiate, ‘OK, if you kiss me here, I’ll do that thing you asked for.’ Like, we barter for who’s going to give what.”

“I’m going to go ahead and let you guess who wins most of those negotiations,” Burke said, going on to compliment Farr, saying she “makes it easy to be present, and that makes for whatever’s happening on screen [to feel] like it’s interesting.”

A 1984 Sehome High School grad, Burke was more interested in singing and skiing than acting as a teen. He worked at Mount Baker Ski Area and did just one high school musical, “Working,” based on a Studs Terkel book. Burke moved to Seattle in the ’80s to pursue a music career.

“During that time is when everything Seattle music started to bubble to the surface and my band and my musicality was not that,” Burke said, describing his group’s musical style as more of a show band.

“Everybody else was saying, ‘No, no, it’s not about a show. It’s about apathy,’ and not that I disagreed with that. That movement was [expletive] awesome,” Burke said. “We actually shared a rehearsal space with what became Alice in Chains. So those guys were all buds. And they were super cool. But when I saw what was happening, I was pretty sure that we were probably not going to get much attention in that atmosphere.”

Burke shot his first indie film while in Seattle, 1989’s “Daredreamer,” before moving to Los Angeles, where he’s often been cast in polar opposite roles.

“I’m either the bad boyfriend with a gun or the guy chasing him,” Burke said. “I could never venture a guess on how I am perceived by the Hollywood peeps. I take the opportunities where I can get them. … My trajectory has been sort of all over the place, kind of back and forth, which is good because I don’t seemingly have a pigeonhole.”

Burke doesn’t have a band now, but he still plays piano and guitar. Although he hasn’t sung on screen much — he played a singer in a late-1990s ABC pilot, “Roadies,” which co-starred Adam Scott and was not picked up to series — “Fire Country” could change that.

“We’ve actually talked about it,” Burke said. “It’s not out of the realm of possibility.”