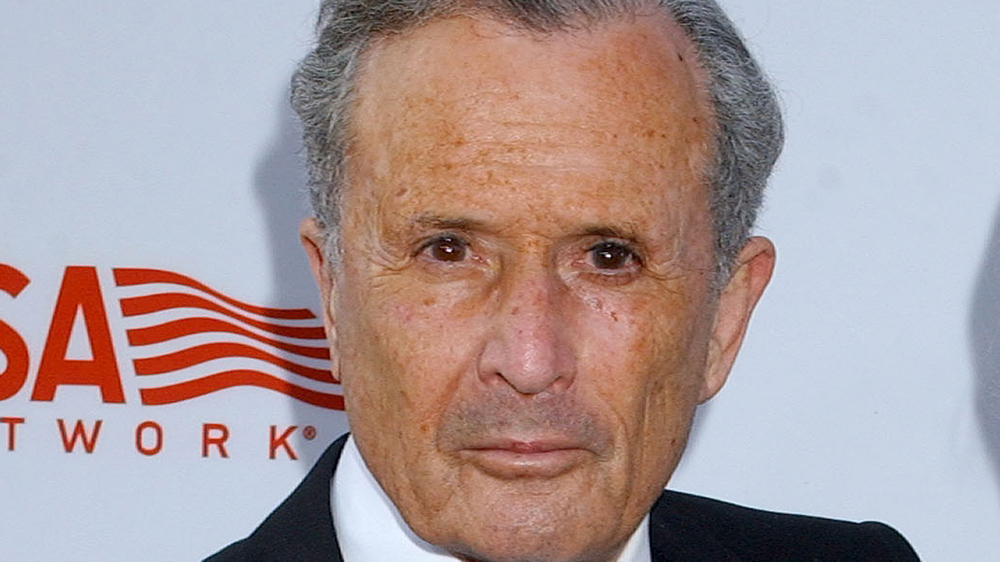 Hollywood gathered Sunday to pay tribute to Bert Fields, the legendary lawyer who was in the middle of high profile battles spanning several decades. Fields died in August at the age of 93.

Among those paying their respects were Jeffrey Katzenberg, Dustin Hoffman and Michael Ovitz, who each recalled him as a loyal friend. Elaine May and Tom Cruise also recorded video tributes that were played for the audience at the Broad Stage in Santa Monica.

Cruise, a longtime client of Fields, remembered him as “a person who I knew I could always count on.”

“I think we all know how valuable that is in this world — when someone says they’re going to do something and they actually do it,” Cruise said. “I’m just very grateful to him.”

With a courtly manner and a roster of high-powered clients, Fields developed a reputation as the most fearsome lawyer in Hollywood. His widow, Barbara Guggenheim, said that after his death a friend had related that he now felt “unprotected.”

“That’s how we all feel,” she said. “Whether you were Bert’s client or whether you were a friend you always knew Bert was in your back pocket. And that any time of the day or night you could pull him out and give him a call and he would help you anyway he could. We all miss that.”

Another client, Susan Estrich, told the audience that Fields “loved standing up for each and every one of you.”

“Bert scared people with good reason,” she said. “With Bert on my side, I always felt safe.”

Katzenberg hired Fields to represent him in his legal battle with Disney, after he was fired in 1994. The legal battle ended with a reported $250 million settlement in Katzenberg’s favor.

Whenever they ate together after that, Katzenberg would always arrange ahead of time to pick up the check.

“After all, he did make me rich,” Katzenberg recalled.

Fields became irritated by this and ultimately managed to pay the check by telling the restaurant it was Katzenberg’s birthday.

“At the end I was shocked and somewhat embarrassed and tried to protest as the waiters serenaded me with ‘Happy Birthday,’ along with cake complete with candles and sparklers,” Katzenberg said. “This was in June. My birthday is in December.”

In her recorded tribute, May told the story of how Fields had helped her during her legal fight with Paramount over “Mikey and Nicky,” her 1976 gangster film. Fields maximized her leverage in the legal fight by contriving to hide a cut of the film from the studio — without May knowing he had done so. She said that the studio threatened to have her criminally prosecuted for stealing the film.

At one point, she said that Fields had delivered a withering line to the studio: “You wouldn’t do this to a man.”

Hoffman, a Fields client since the 1970s, became choked up during his speech. He recalled a time when Fields had prepared him for a deposition, telling him to answer tersely and to answer only the question that was asked. Once in the deposition, Hoffman ignored his advice and immediately began to ramble. Fields asked for a break and then remonstrated him: “What the fuck were you doing?”

Hoffman recalled that they shared a lot in common as well.

“He loved an audience,” Hoffman recalled. “He often talked to me about how the courtroom was a form of theater. He knew his audience. He knew how to relate to them, and he knew how to connect to them emotionally and intellectually…. What I respected most was his loyalty — he was a friend, a true friend. I miss him.”

Ovitz recalled meeting Fields in the mid-1970s, when he launched CAA. He said he had been told that Fields had the power to put him out of business and so he went to introduce himself and try to win him over. At the end of a 15-minute meeting, he wrote Fields a check for $5, with with the word “retainer” in the memo line.

“You’re now the lawyer for CAA,” Ovitz told him. “You can never sue us because you’re conflicted.”

Later, he saw that Fields had framed the check and hung it behind his desk. They went on to jointly represent many of the biggest stars of the 1970s and ’80s.

“He took his practice very seriously,” Ovitz said. “He loved Davids. He hated Goliaths… He never looked stressed. He never looked like he was bothered by going into a court case. In all of the hundreds of meetings that I sat in with him, no matter how tense they were, Bert had a smile on his face. Maybe because he knew he was going to win. “