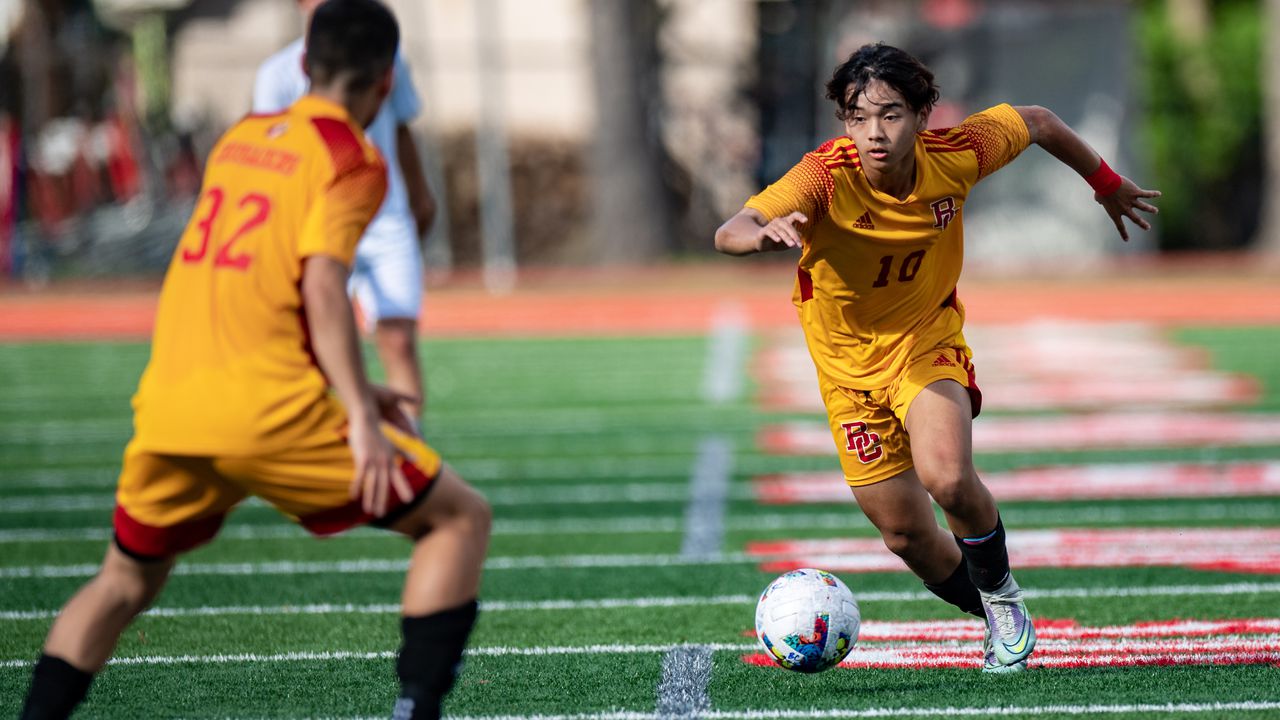 Kevin Contreras scored two second half goals to lead Old Tappan to a 2-0 victory over Demarest in Old Tappan.

It is the fifth multi-goal game of the season for Contreras, who has 12 goals on the year for Old Tappan (6-0). Michael Greenberg made 10 saves to earn his first shutout of the season.

Ryan Shklyer had four saves for Demarest (4-2-1), which had previously been undefeated in the Big North National Division.

Patrick Weir’s goal was the difference as Ramsey, No. 10 in the NJ.com Top 20, defeated Westwood, 1-0, in Washington.

Luke Ernst assisted on the goal for Ramsey (7-1), winners of seven in a row. Steven De Pinto made three saves to earn the shutout.

Damian DiLisio scored three goals as Ramapo rolled to a 6-1 victory over Hackensack in Hackensack.

Kevin McDonough had a goal and two assists for Ramapo (5-0-1), which led 3-1 at halftime. Riely Szoke and Nick Marino scored a goal as well. In goal, Antonio Spina made two saves while Rob Achter and Liam McQuillen had one apiece.

Kyle Tencza made four saves for his first shutout of the season as Bergen Catholic, No. 20 in the NJ.com Top 20, defeated DePaul, 2-0, in Oradell.

Ryan Chong and Sebastian Ortega each scored a goal in the second half for Bergen Catholic (4-3-1).

Edwin Sanchez made four saves and Gabriel Solano had two for Dwight-Morrow (5-4), which snapped a two-game losing streak.

Aidan Browne tied the game at 1-1 for Dumont (2-5) with a goal in the second half and Brendan Mescall made five saves.

Gil Benyossef scored two goals, one in each half, to lead River Dell to a 2-1 victory over Mahwah in Oradell.

Sean Langley and Liam Schwabik each added an assist for River Dell and Jonah Nippes made four saves.

Justin Torres made 13 saves for Bergenfield (3-5-1), which got a goal by Peter Polanco in defeat.

Joseph Tavano dished out two assists for Paramus in a 4-0 victory over Northern Highlands in Paramus.

Noah Ysern scored three goals as Waldwick rolled to an 8-0 victory in Waldwick.

Daniel Perdomo, Alex Manziano and Julian Ruehlemann each had a goal with two assists for Waldwick (5-0-2), which erupted for eight first half goals. Alex Wang and Victor Lara each scored a goal in the win. Alex Da Silva and Nicky Bamrick combined on the shutout, making one save apiece.

Sean Slevin scored three first half goals as Pascack Valley rolled to a 6-0 victory over Teaneck in Hillsdale.

Ethan Schwartz had two goals and Jimmy Shea added one for Pascack Valley (5-2-1), which led 5-0 at halftime.

Brendan Neafsey had a goal and an assist for St. Joseph (2-5), which led 2-0 at halftime on a pair of Doherty goals. Leo Steiner added a goal and Carlos Saldana made six saves.

Kasper Piela finished a pass from Nicholas Ramirez in the second overtime to give Fair Lawn a road win.

Joshua Bells recorded the shutout with four saves for Fair Lawn (4-1-2), which took 15 shots on goal.

Thank you for relying on us to provide the journalism you can trust. Please consider supporting NJ.com with a subscription.