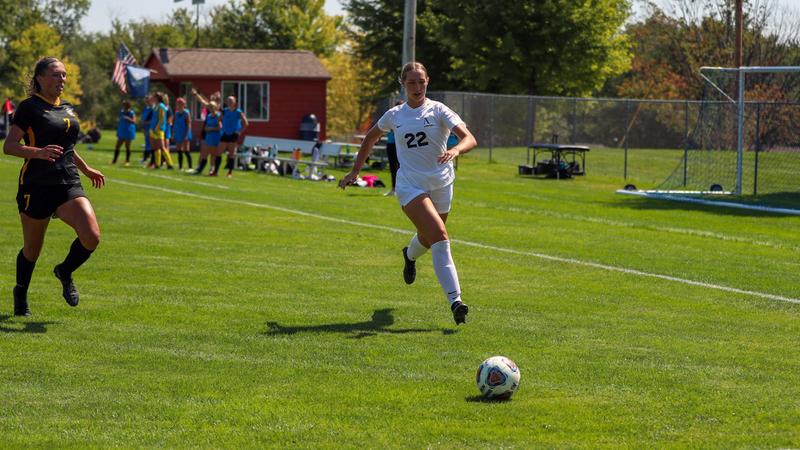 
SIOUX FALLS, SD– Augustana soccer is set to host Sioux Falls and Southwest Minnesota State this weekend at Morstad Field for two NSIC matches. On Friday, the Cougars visit Augustana for a 4 pm kickoff. The SMSU Mustangs visit on Sunday, with kickoff slated for 1 pm

Action can be followed at GoAugie.com/Live or on the GoAugie App, presented by CellOnly, found in the app store and Google Play.

Sioux Falls holds an overall record of 0-6-3 and an NSIC record of 0-3-3. The Cougars have not scored a goal against an opponent this season, and have 15 goals against the team.Aundria Vargas leads the Cougars with seven shots on goal and 10 shots total. Julia Kreutner follows Vargas with four shots on goal.

Rachel Hicks has played five games at the goalkeeper position for SMSU and Julianne Arballo has seen action in one game. Hicks’ save percentage is 0.773 after having faced 53 total shots.

Augustana is 3-4-2 overall and holds an NSIC record of 3-2-1. The Vikings fell short against Bemidji State last Friday, losing 1-0 against the tough conference opponent. Augustana bounced back on Sunday, defeating Minnesota Crookston 5-0 in a game that saw five different goal scorers.

Sylvia Fehr He became the Augustana soccer career assists leader after adding her 20th career assist on Arduser’s goal in AU’s 4-3 win over MSU Moorhead. Fehr totaled 15 assists last season, a single season record, and four assists in 2019, to enter 2022 tied for the career record at 19. She surpassed Stephanie Goos who played for the Vikings from 2007-10.

Jillian Barkus has been the lone goalkeeper this season for Augustana. Barkus has started in all nine games and has a save percentage of 0.721 having faced 93 shots.