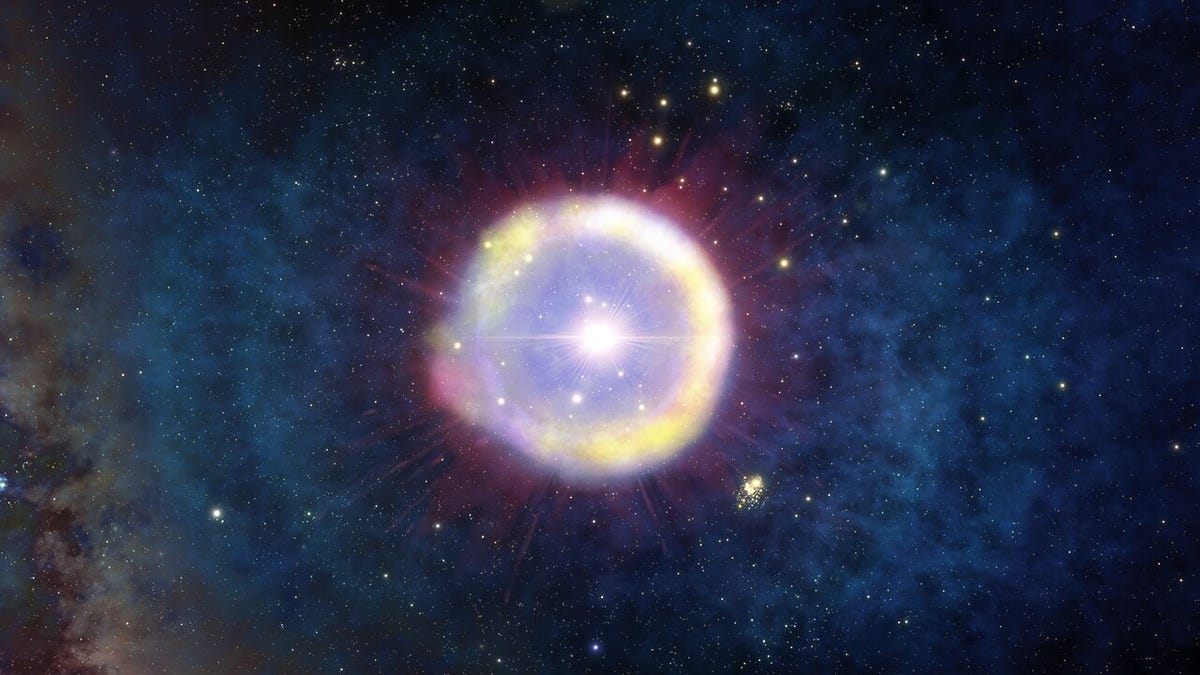 A team of astronomers studying the gas surrounding a distant quasar believe it may carry remnants of one of the universe’s first stars.

None have ever been observed, but their deaths presumably culminated in dazzling supernovae, which blasted their constituent elements into space.

Now, an astronomical team believes they’ve found the remnants of one such star’s supernova, in 13.1-billion-year-old light from gas surrounding the distant quasar ULAS J1342+0928. The team studied the quasar using the Gemini North telescope in Hawaii.

Specifically, they looked at the chemical elements that surrounded the quasar, the bright, active galactic core surrounding a supermassive black hole. The team’s findings were published today in The Astrophysical Journal.

Yuzuru Yoshii, an astronomer at the University of Tokyo and a co-author of the paper, said in a NOIRLab release that a star about 300 times the mass of the Sun that went supernova would produce the ratio of magnesium to iron that matches the elemental makeup of the quasar’s gas.

In other words, ULAS J1342+0928 has a unique heavy element combination that the team believes is evidence that the galactic core contains remnants of a Population III star.

Metal-rich stars become less common the further one looks back in time, because the early universe was composed mostly of lighter hydrogen and helium. When stars formed, they became factories for all heavier elements (considered ‘metals’ in astronomy).

ULAS J1342+0928 contained over 10 times more iron than magnesium compared to our Sun’s combination of the same elements, according to NOIRLab. In other words, whatever primordial furnace produced the gas swirling around that quasar had a very different chemical cocktail than our relatively young Sun.

The team is observing the quasar’s gas as it appeared when the universe was just 700 million years old. But newer observatories may help find the remains of Population III stars and evaluate the assessment of this distant quasar. Those observations may help clarify what happened to the most ancient stars’ material—perhaps it was flung out and eventually clung to quasars like ULAS J1342+0928.

The Webb Space Telescope, in particular, will be crucial for such investigations. One of the space observatory’s main objectives is to scrutinize the oldest light in the universe, to see the first stars and galaxies being born.