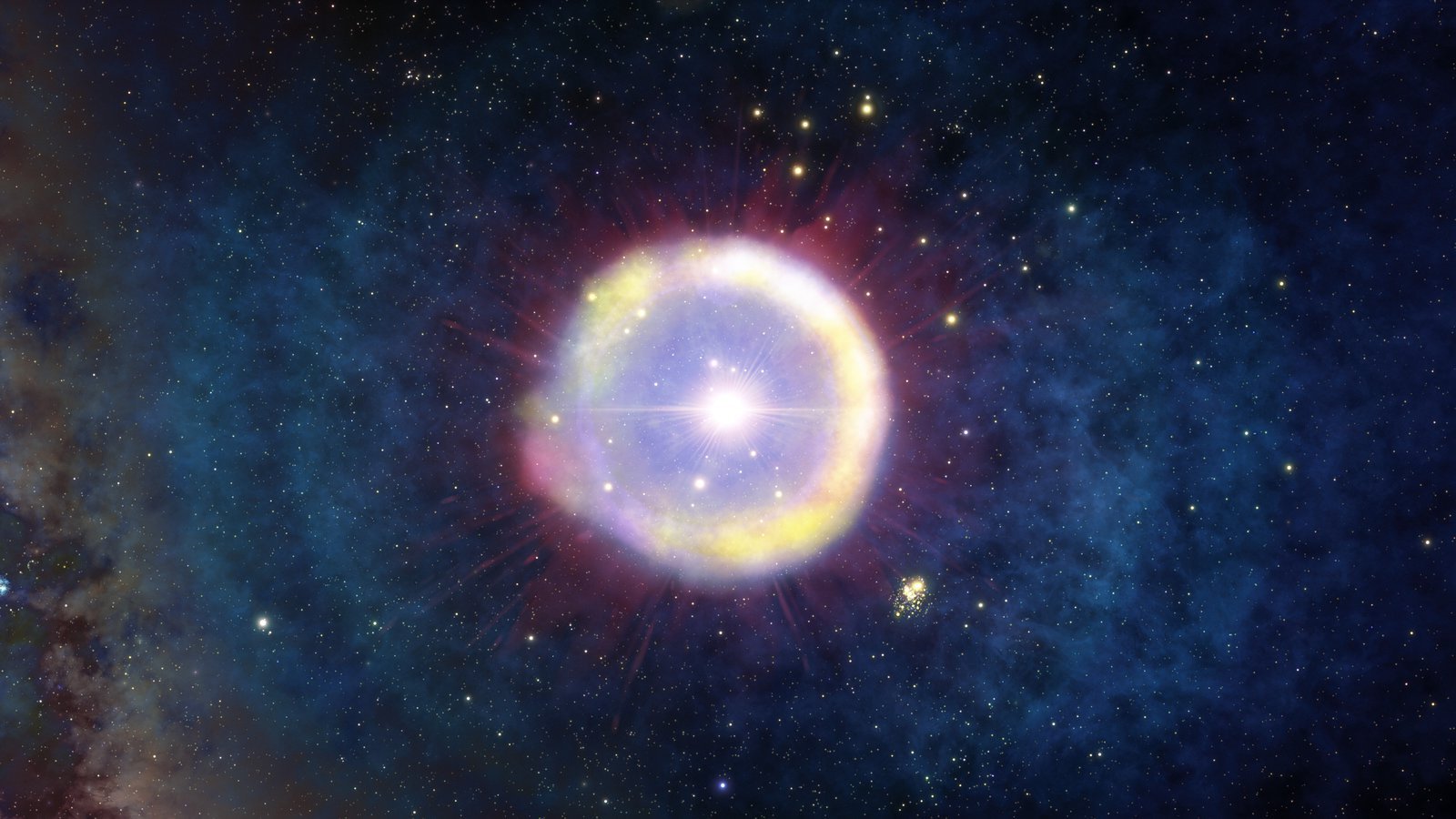 Roughly 100 million years after the Big Bang, the first stars in the universe were born. But all of these first-generation stars likely burned out long ago in massive explosions, writes Gizmodo’s Isaac Schultz. As a result, astronomers have never observed one.

Now, in a paper published last week in The Astrophysical Journal, researchers claim they’ve done the next best thing: detecting evidence of the debris from such a star’s explosion.

They looked at data captured in 2017 and 2019 by the Gemini North radio telescope in Hawaii, according to Inverse’s Kiona Smith. The telescope was pointed at a quasar, an ultra-bright swirling system of gas around a supermassive black hole. This particular quasar is 13.1 billion light years away, so its light that’s detected on Earth was emitted 13.1 billion years ago—only about 700 million years after the Big Bang—and has been traveling to us ever since.

By examining the wavelengths of light from the quasar, the researchers were able to determine the chemical elements that made up its surrounding clouds, according to a press release. They found a much higher ratio of iron to magnesium than exists in our sun, suggesting that the elements were left behind by a massive explosion called a pair-instability supernova, per the release. In this stellar detonation, a first-generation star 300 times the mass of our sun would have blown up and ejected its interior elements into space.

The only known object in the early universe that could have produced so much iron is a hypothetical Population III, or first-generation, star, says Vinicius Placco, an associate scientist at the astronomy research center NOIRLab, which operates the telescope used in the study, to the Hawaii Tribune-Herald’s Michael Brestovansky.

“Population III stars are the furnaces that make all the elements of the periodic table,” Placco, who is not an author of the paper, tells the publication. “They would be formed just out of hydrogen and helium, because anything heavier than hydrogen and helium didn’t exist yet.” But in their cores, these stars created other elements, including iron.

When some stars ‘die,’ they explode. In a pair-instability supernova, the explosion doesn’t leave behind a black hole or neutron star, per Gizmodo. It spews every bit of the star into space. Physicists think that supernovae this destructive can only occur for supersized stars—those that are more than 150 times the mass of our sun, according to Inverse. Since they don’t leave much evidence behind, they’re very hard to spot.

The data suggests that this quasar might hold the remains of one of these types of explosions, researchers say. And there could be other places in the local universe that have similar chemical fingerprints of early stars. Future research could use this study’s methodology to identify other stellar remnants, co-author Timothy Beers, an astronomer at the University of Notre Dame, says in the statement.

“We now know what to look for; we have a pathway,” he says in the statement. “If this happened locally in the very early universe, which it should have done, then we would expect to find evidence for it.”

By conducting research like this, scientists are striving to understand the dawn of time, so they can learn how the universe evolved into what it is today.