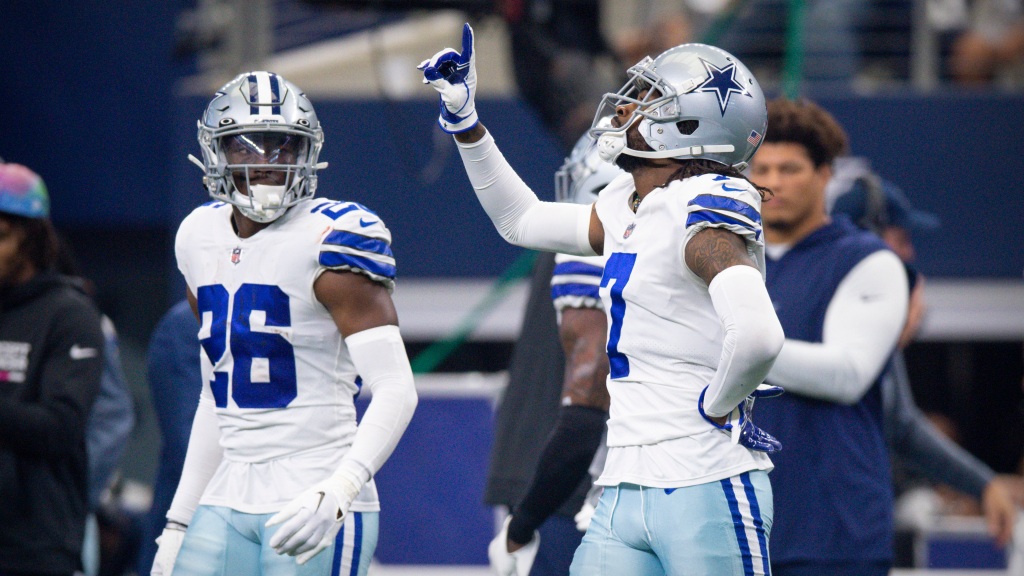 The argument Diggs is a hit and miss corner might exist at PFF, or from fan bases of other teams, but Cowboys Nation, from fans to his teammates to the front office, know he is a special player and a defensive weapon.

He once again eliminated the top threat of a division opponent holding Terry McLaurin to six targets, two receptions, and only 15 yards. Nothing scary about that stat line, but that doesn’t even tell the story of how impactful Diggs was because he made plays at enormous times.

The Commanders were trying to use the end-of-half strategy of scoring before the break and getting the opening third-quarter kickoff. Wentz went for the deep ball to Jahan Dotson with under a minute to go, but Diggs ran the route better than the receiver and made a spectacular interception look routine.

Trevon Diggs tracked this Carson Wentz throw like he was the intended receiver pic.twitter.com/n243kDO31Q

With Washington in the red zone trying to make it a one-score game in the fourth quarter, Diggs made a touchdown-saving breakup on a pass to McLaurin. He was positioned in bounds, waiting to make the play, but Diggs took away his chance.

My guy shut down his social media then he started locking down receivers, getting pbu’s & INT’s😭 pic.twitter.com/fliz2n5Vc7

The game seemed to be over then, but Diggs would have to make one more play to seal it for sure. The Commanders needed a miracle, but with 2:45 left in the game and two timeouts anything can happen. Wentz went with the corner route to McLaurin on 4th and 2, and it looked open, but Diggs caught up in time to deflect the last gasp of Washington and clinch the win earning him the top star of the night.

You can find Mike Crum on Twitter @cdpiglet or at Youtube on the Across the Cowboys Podcast.