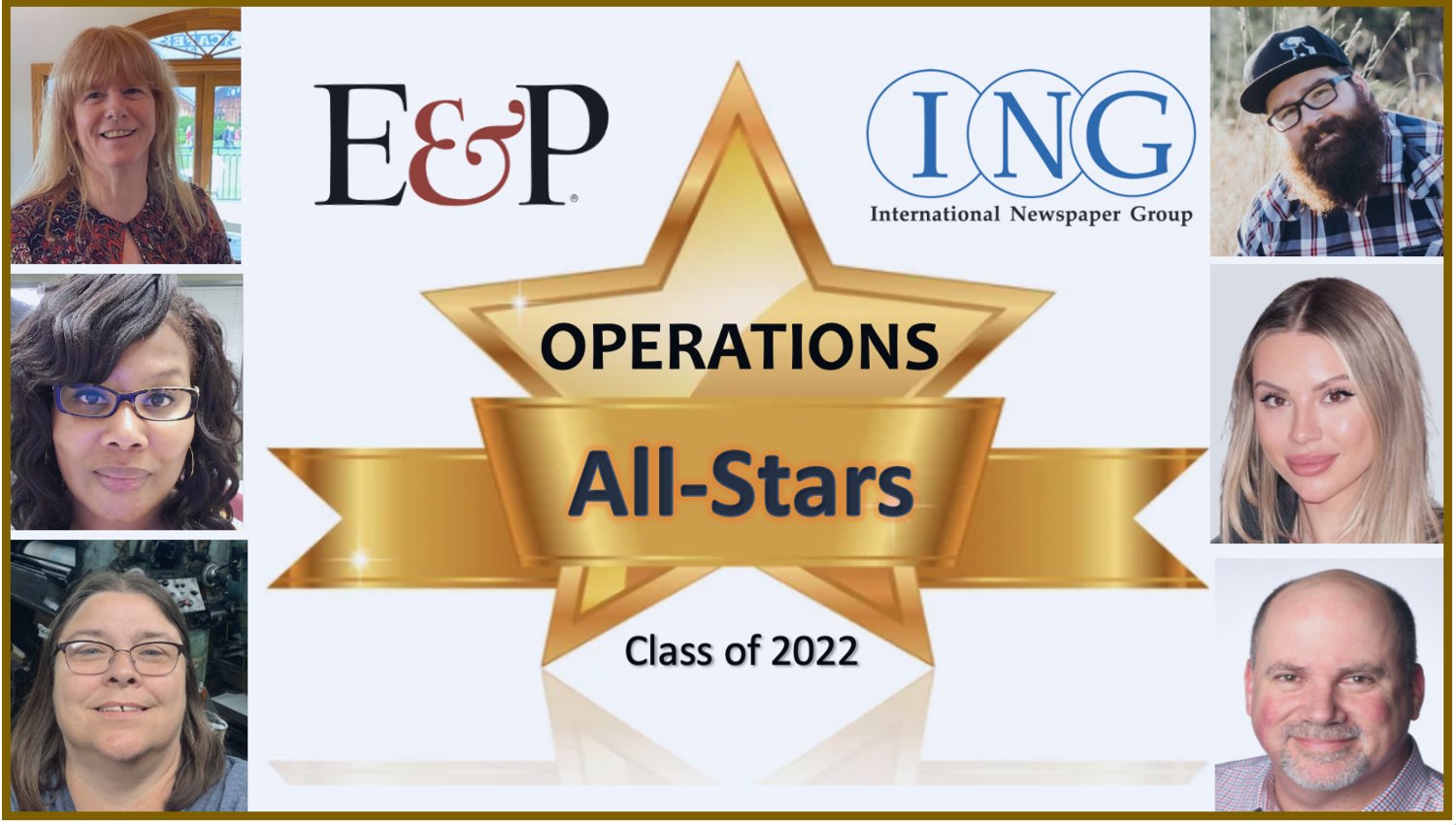 It’s time again to honor North America’s top talent in news publishing operations and logistics. These critical and often unsung contributors have taken on more and more over the years, most recently distinguishing themselves during the era of the COVID-19 pandemic, supply-chain challenges coupled with price pressure and a shrinking workforce.

Operations All-Stars is a joint project between E&P and the International Newspaper Group (ING). For this year, 25 newspapers sent in 27 nominations. ING board members served as judges.

“From Forrest City, Arkansas, to North Andover to Chicago, with countless years of taking on more, engaging others and creating an environment of success through what has been some of the most difficult headwinds in our industry, these three leaders were unanimously recognized in their category because that is who they are, Operations All-Stars!” said Brian Karnick, Tribune Publishing SVP of manufacturing and distribution and ING board member who managed the Operations All-Stars project. “Congratulations and thank you to Teresa McCrary, Christine Wilt and Catherine Holt-Gulley, as well as all those nominated for the Operations All-Star awards.”

This year’s winners received a $2,000 prize and a trip to the ING conference in Newport, Rhode Island, Sept. 17–18, including airfare and hotel. They also got trophies acknowledging their superior performance. “We plan to build this program even more next year, giving these superstars the recognition that they deserve,” said Tom Loesch, owner of imPRESSions worldwide, a provider of newspaper and commercial presses, who worked on the marketing side of this effort.

Operations is the heart and soul of our industry. The pros working in operations not only understand every department’s mechanics (beyond presses and equipment), they often contribute new thinking and concepts to help uncover profitability.

Below are the highlights from the nominations for the winners and runners-up. 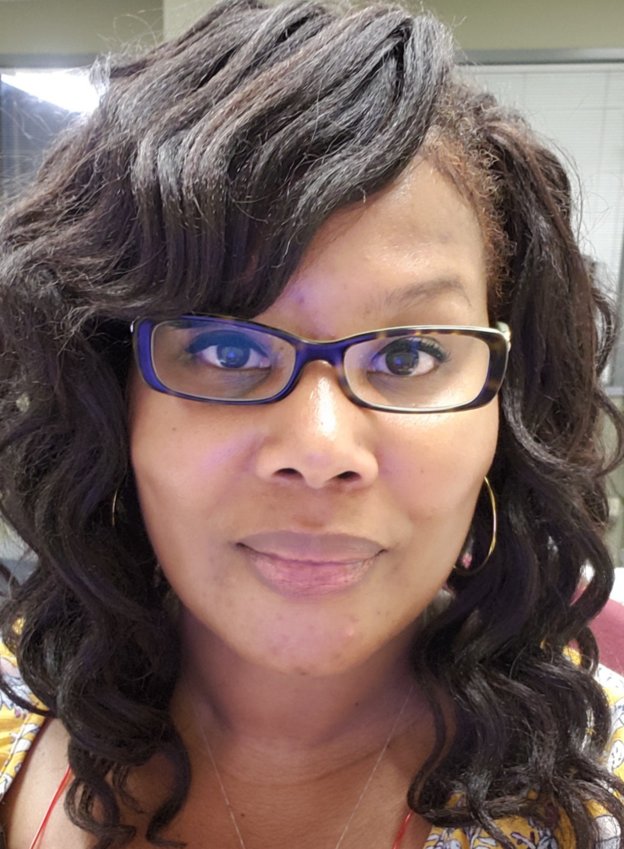 “She is active in all facets of the manufacturing process, focusing on the customer, creating efficiencies and driving results by creating a culture of inclusivity and continuous improvement,” said Marion Medius in Holt-Gulley’s nomination.

“In the heart of the pandemic, she led the project to consolidate two packaging operations utilizing two different operating systems into one process handling $30+ million pieces weekly and did so flawlessly.

“She improved department throughputs and cost YOY through employee engagement, training, accountability and strategic planning, which has resulted in exceeding the department’s CPH (copies per hour) goals while decreasing accidents in her department YOY by 43%.”

“This is a different industry than what it once was. It is not always easy, but it can still be rewarding,” she added. “Be a forward thinker, have passion for what you do, be persistent and have compassion for people. People get the work done. So whether it’s your leadership or frontline employees, make connections, collaborate with your team, be kind, be honest and trust your team.”

Catherine Holt-Gulley being surprised (via ZOOM) to learn she is the ING 2022 “Operations All-Star” in the Large Market Category. Appearing on the video from Tribune Publishing are Brian Karnick, SVP manufacturing; Catherine Holt-Gulley, senior manager of Packaging Operations; and Marlon Medious, manufacturing director. The announcement was made by Mike Blinder, publisher of Editor & Publisher magazine. 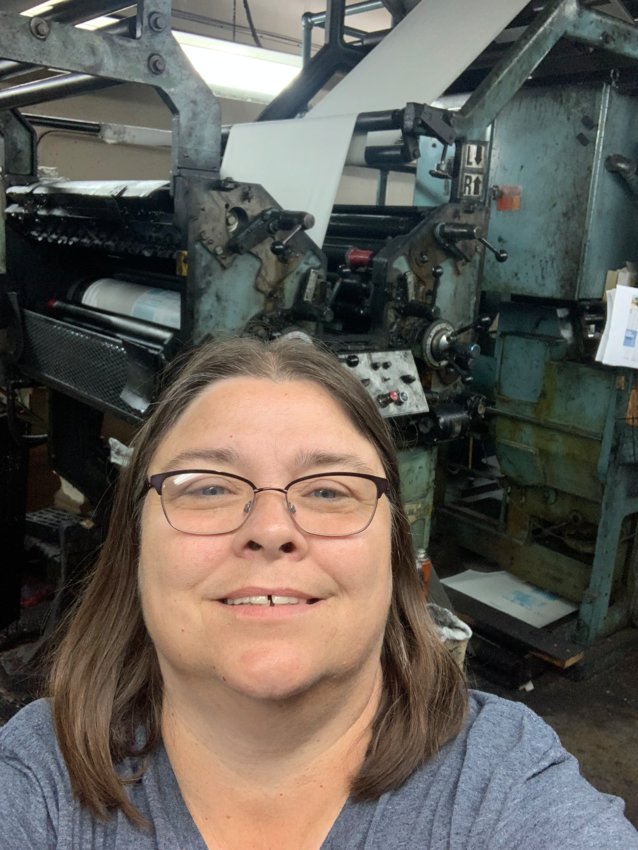 McCrary, who also writes a weekly history column for the paper, “is a Jack-of-all-trades and can repair just about anything. She has trained several people over the years to work on the press, with her current assistant being a young lady who she trained to operate the press when she can’t be here.”

Johnson continued, “She is willing to go above and beyond her assignments in the press room and in circulation to help out whenever and wherever needed.”

“My operations approach is if we work together as a team, there is always a solution. Here at the Times-Herald, everyone is willing to help, and that makes us all stars, really,” said McCrary.

Teresa McCrary being surprised (via ZOOM) to learn she is the ING 2022 “Operations All-Star” in the Small Market Category. Appearing on the video from Times-Herald Publishing is Teresa McCrary, head pressman, and Tamara Johnson, publisher. The announcement was made by Mike Blinder, publisher of Editor & Publisher magazine. 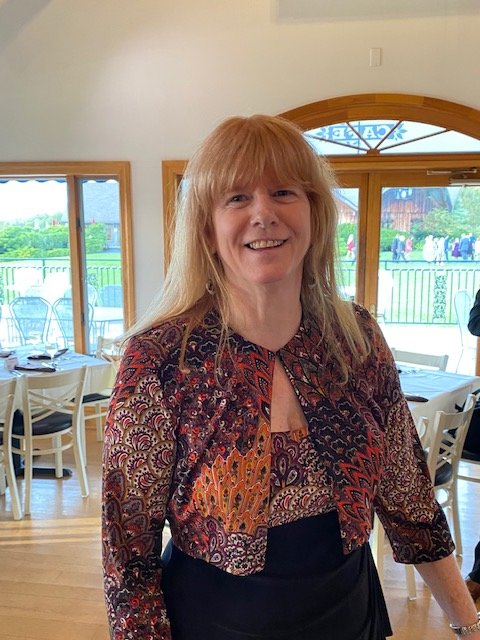 Chris Wilt is an ad hub manager with CNHI, overseeing a hub in North Andover, Massachusetts. The site produces print and digital advertisements for 28 newspaper locations in seven states.

“Chris has enjoyed a long career in ad production, starting as an artist at a local weekly and leading up to the large operation she leads today,” said Jim Falzone in Wilt’s nomination. 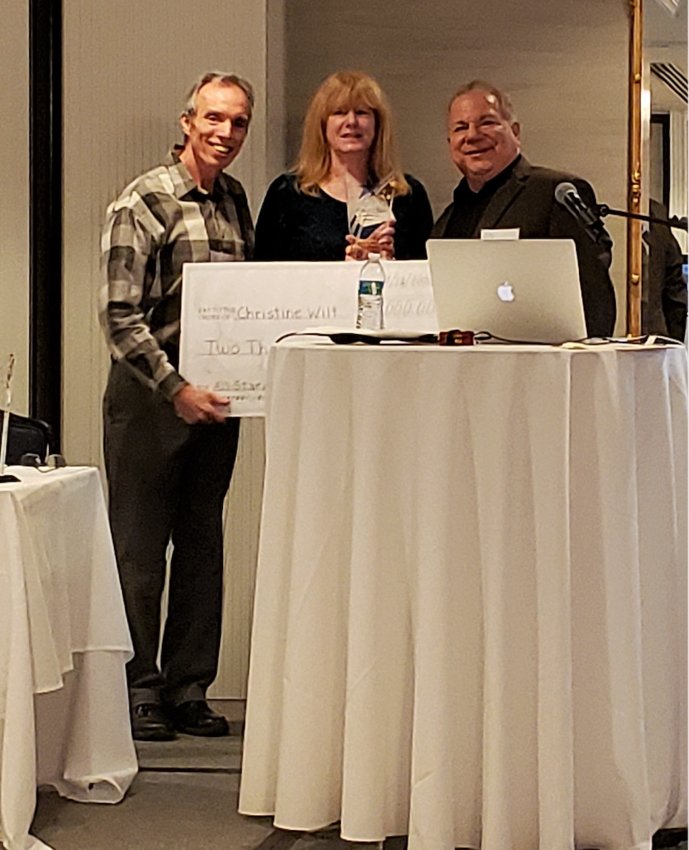 Besides regularly looking for ways to improve customer service and efficiency, Wilt overcame a major obstacle last year. A large-scale systems crash forced her to resort to manual ad production and ad tracking for all of her sites. With the help of the local IT team and her own staff, Wilt created a workflow with e-mail, spreadsheets and simple cloud storage to keep her operation going. “She rallied her team, most of which were working remotely due to the pandemic, and worked very long hours herself to ensure all newspapers published,” said Falzone.

“Chris is a true professional and is a highly respected leader at the North of Boston Media Group,” Falzone continued.

On her general approach to operations, Wilt, who is retiring in March 2023, said: “Attention to detail is one of my strong suits, which helps tremendously in a deadline-oriented environment. There are many facets to our department, which include tracking and finalizing all publications to ensure ads are final for press time, addressing any issues prepress may have before press and during press time, and minimizing waste.”

“I would never be where I am without my team behind me. They are the ones that make me shine. I have a great staff that makes my job easier. They all work independently and get their jobs done, so it leaves me time to do my job.” 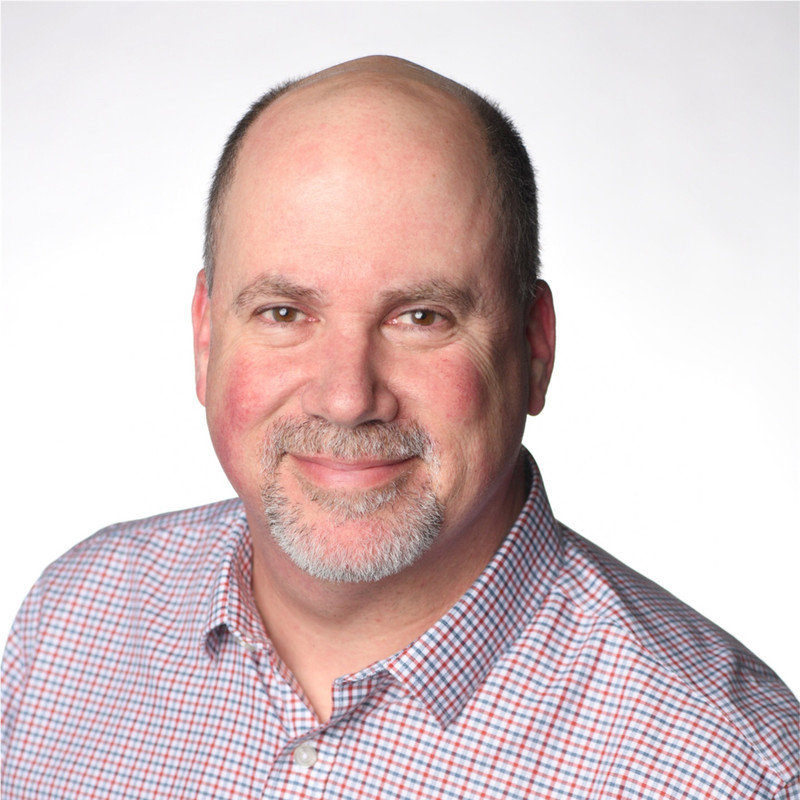 Scott Ossenheimer is a packaging and logistics manager at The Plain Dealer, Ohio.

“Scott played a critical role in consolidating eight Michigan daily newspapers into the Cleveland Plain Dealer packaging operation, then onboarded two additional Ohio daily newspapers into production,” said Aaron Phillips in Ossenheimer’s nomination. “All while being the co-project manager to replace two SLS1000 insert machines with SLS3000 inserters with modified tie-lines to include bottom wrap inkjet bundle labeling. Did we mention he also took on the role of the packaging manager for the department? Scott’s confidence, calm demeanor and relentlessly positive attitude helped guide the team’s efforts seamlessly.

“He has been, and continues to be, among the best in class and is an integral member of our team.” 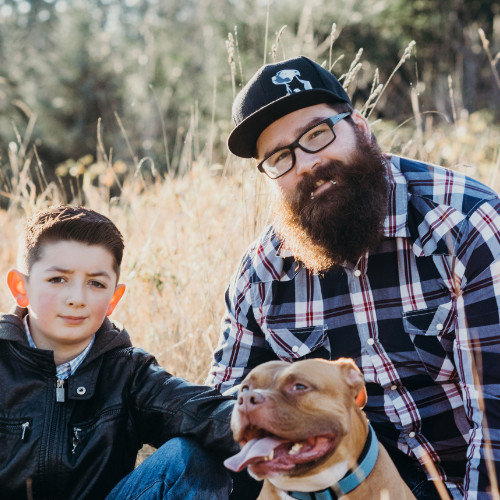 “Stuart has come up from the press room here and through a development program has become a thoughtful, talented and highly skilled leader,” said Heather Hernandez in Hickman’s nomination.

A few years ago, the company started a development program that allowed anyone who had the desire to learn the trade to apply. Stuart successfully brought two people through this program who currently work on the press crew today. “As a pressman himself, he holds a high standard for each milestone and takes the time to lead by example to ensure that our quality remains high while we introduce new people into our trade,” said Hernandez. 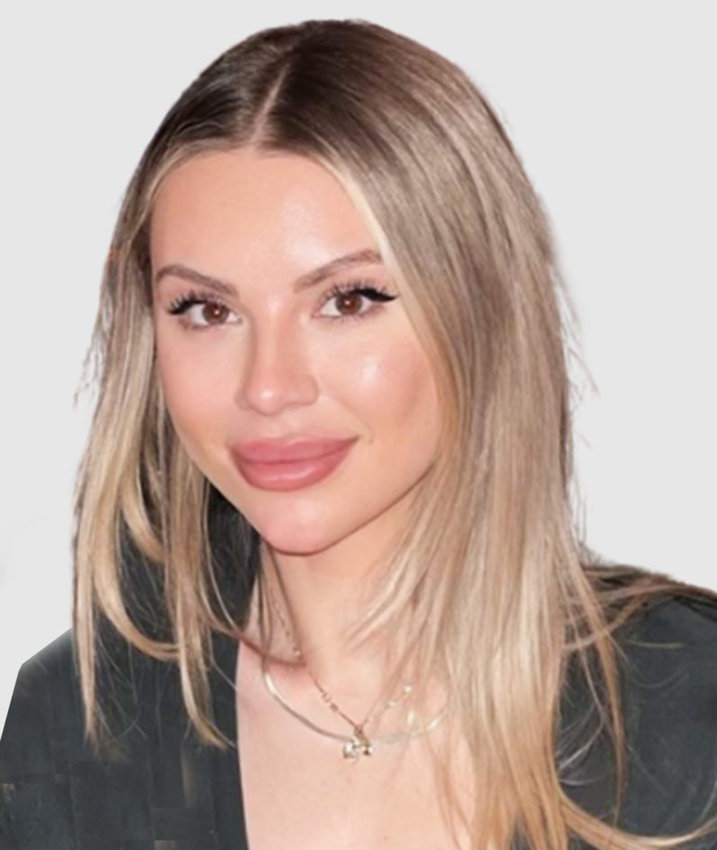 Hailey Petrunia is an up-and-coming all-star in ad operations for Black Press Media. She handles ad operations for 80 newspaper websites across Western Canada. “She is fast, accurate and very determined,” said Andrew Franklin in Petrunia’s nomination.

“We have recently transitioned from GAM to GAM360 (Google Ad Manager), and Hailey was instrumental in leading the project. Due to the hundreds of campaigns in the old system, there were concerns from external consultants about whether she would have the bandwidth. She not only completed the task early but immersed herself in education about the new platform,” Franklin continued. “She continues to be integral to BPM’s success and contributes hugely to our digital transformation.”

Mary Reardon is a writer and editor based in Wisconsin.